AMAR is working to record, protect and teach the unique music of the Yazidi people in northern Iraq. Part of the British Council’s Cultural Protection Fund, the project is helping to preserve and sustain this endangered music for future generations of Yazidis. 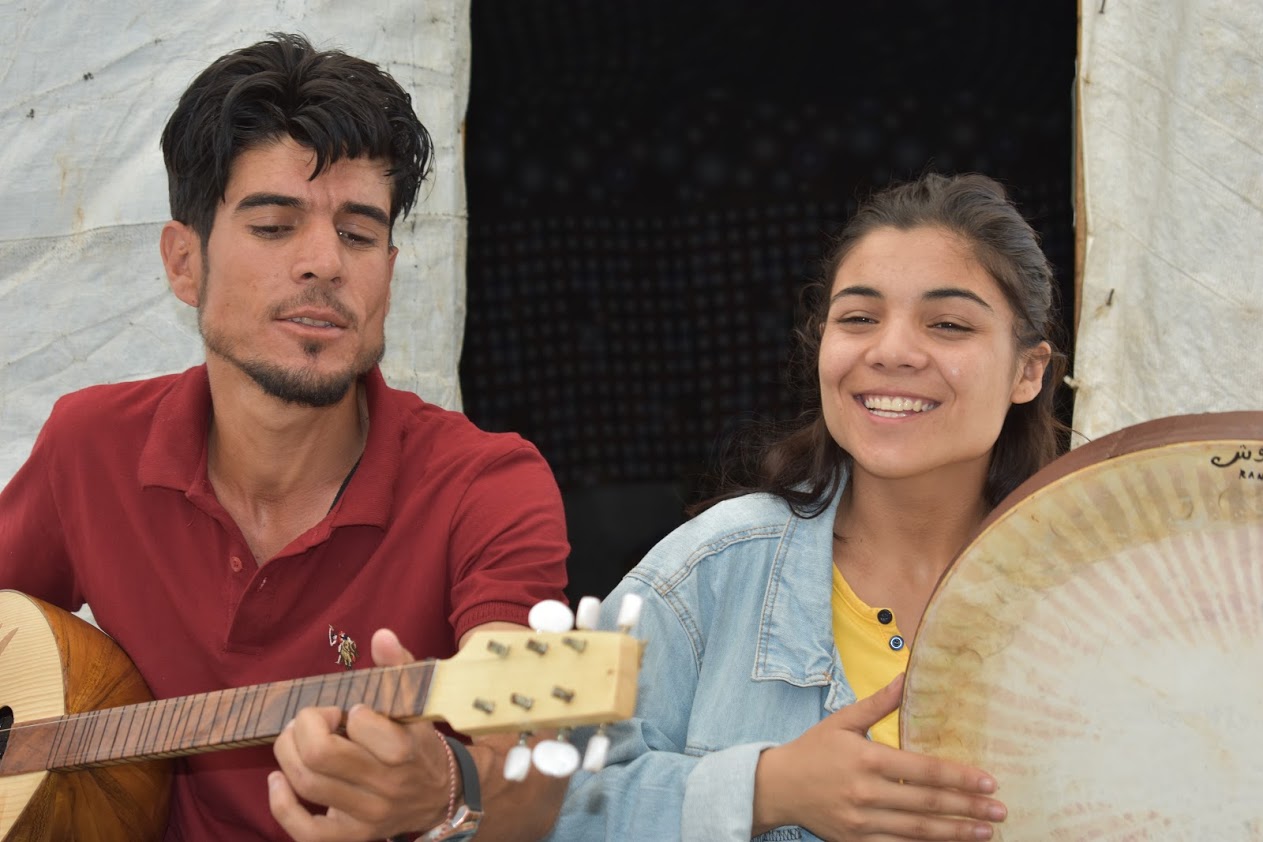 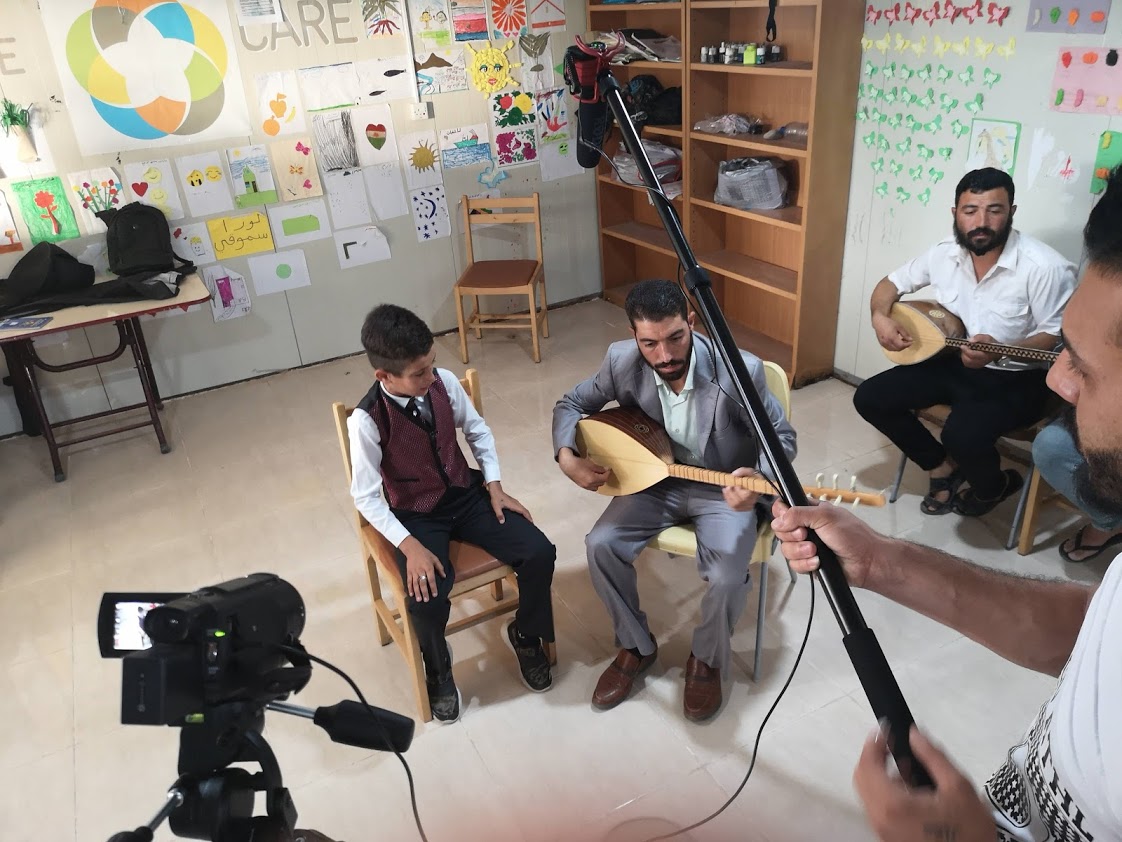 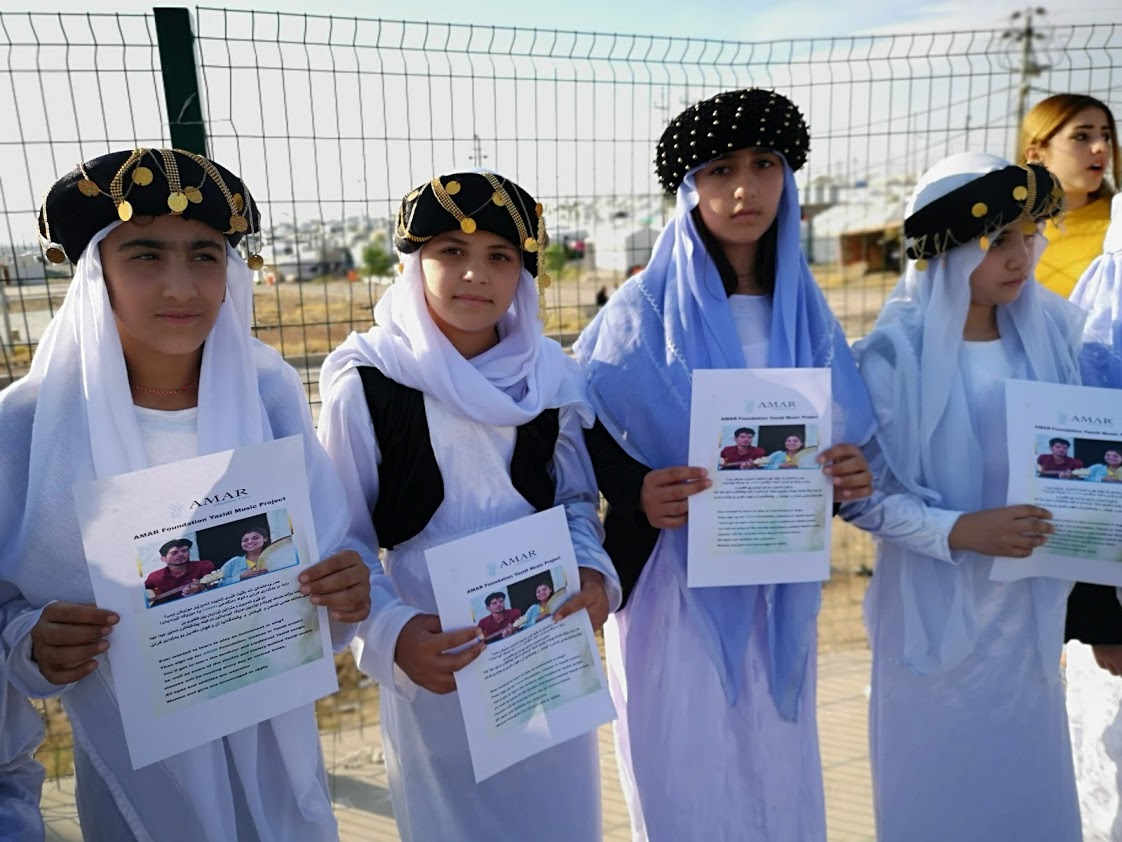 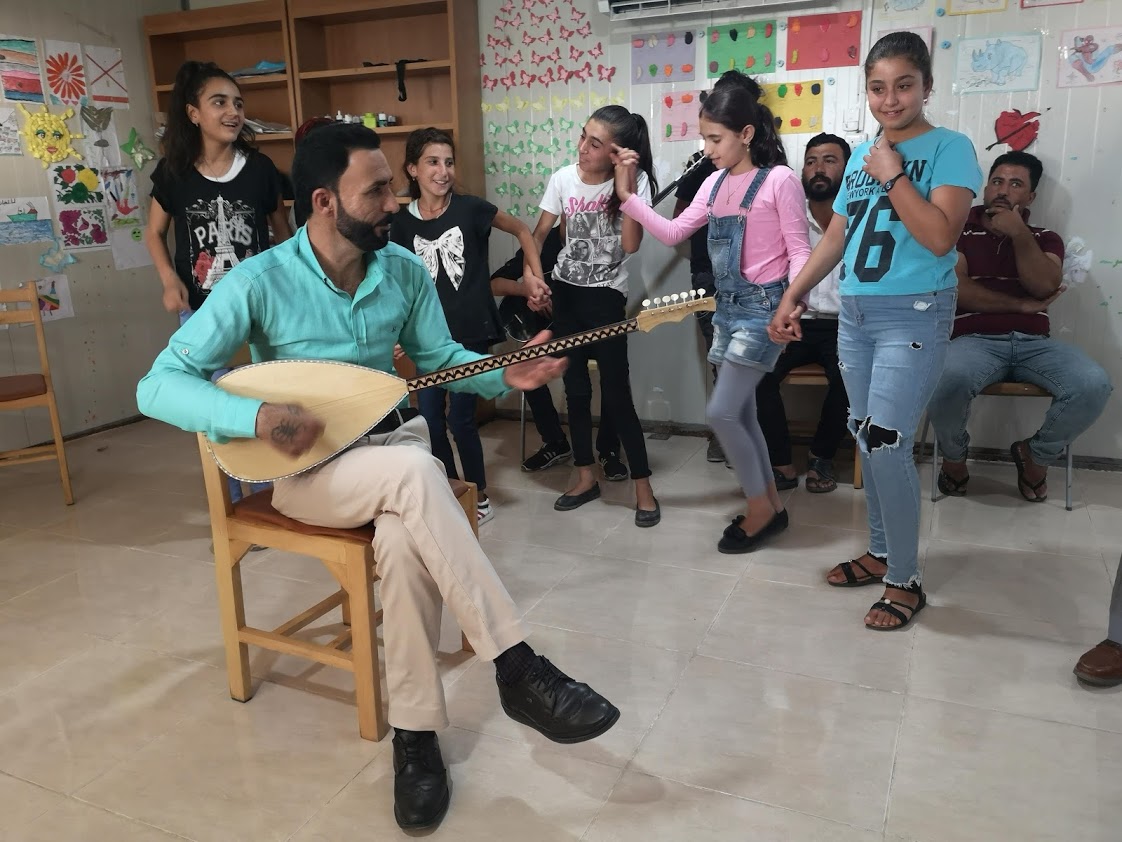 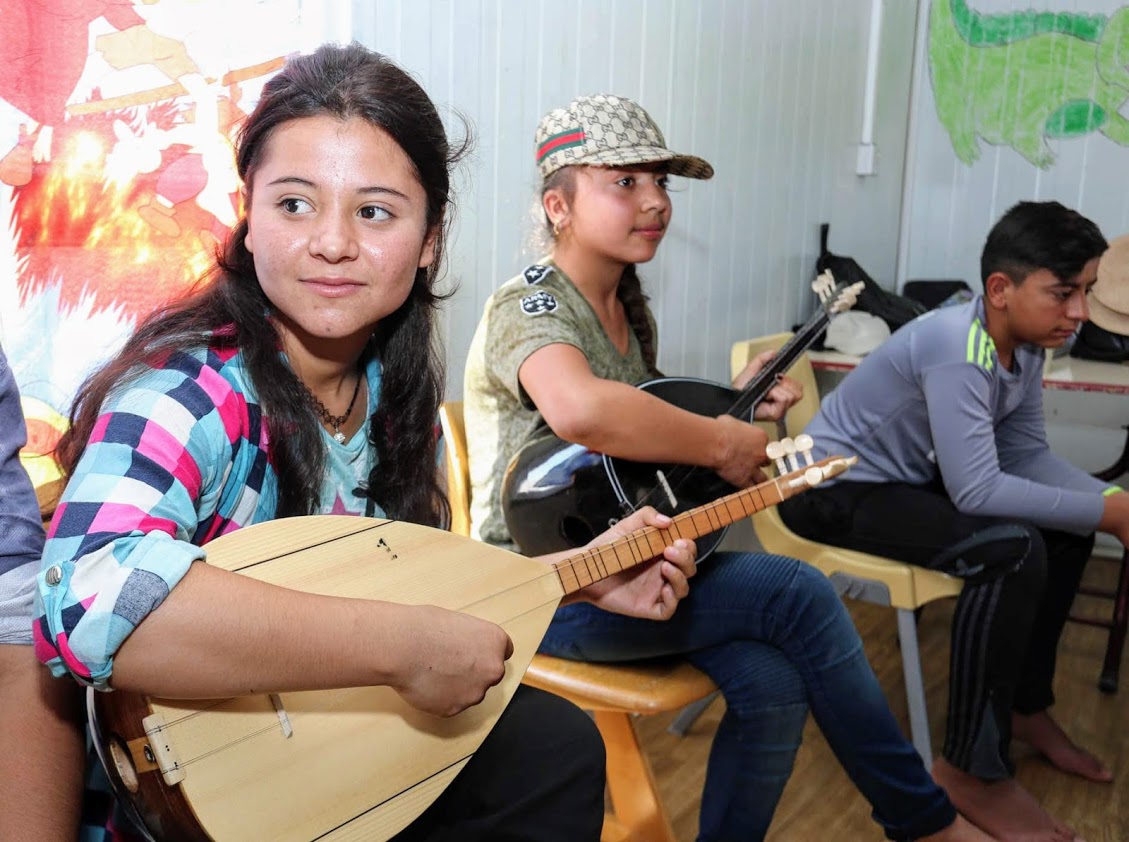 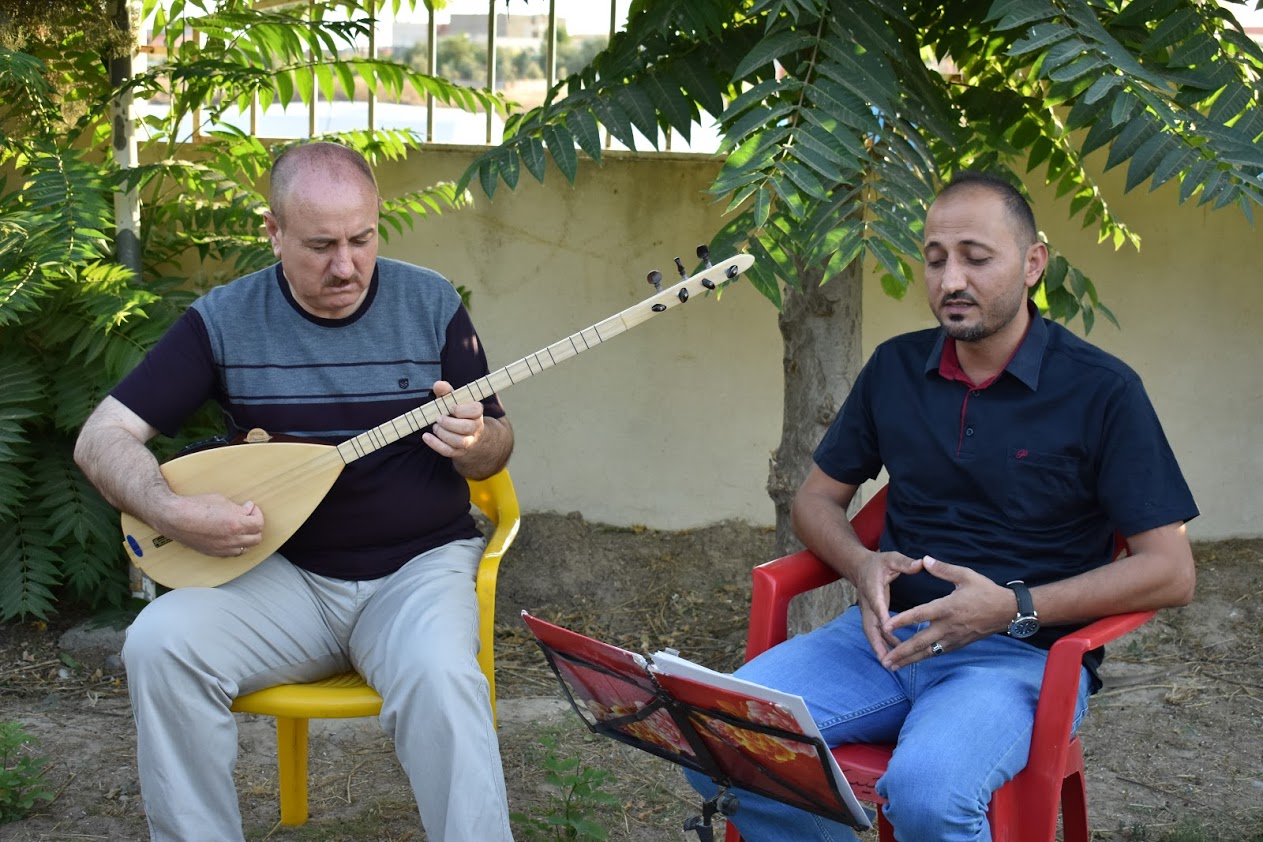 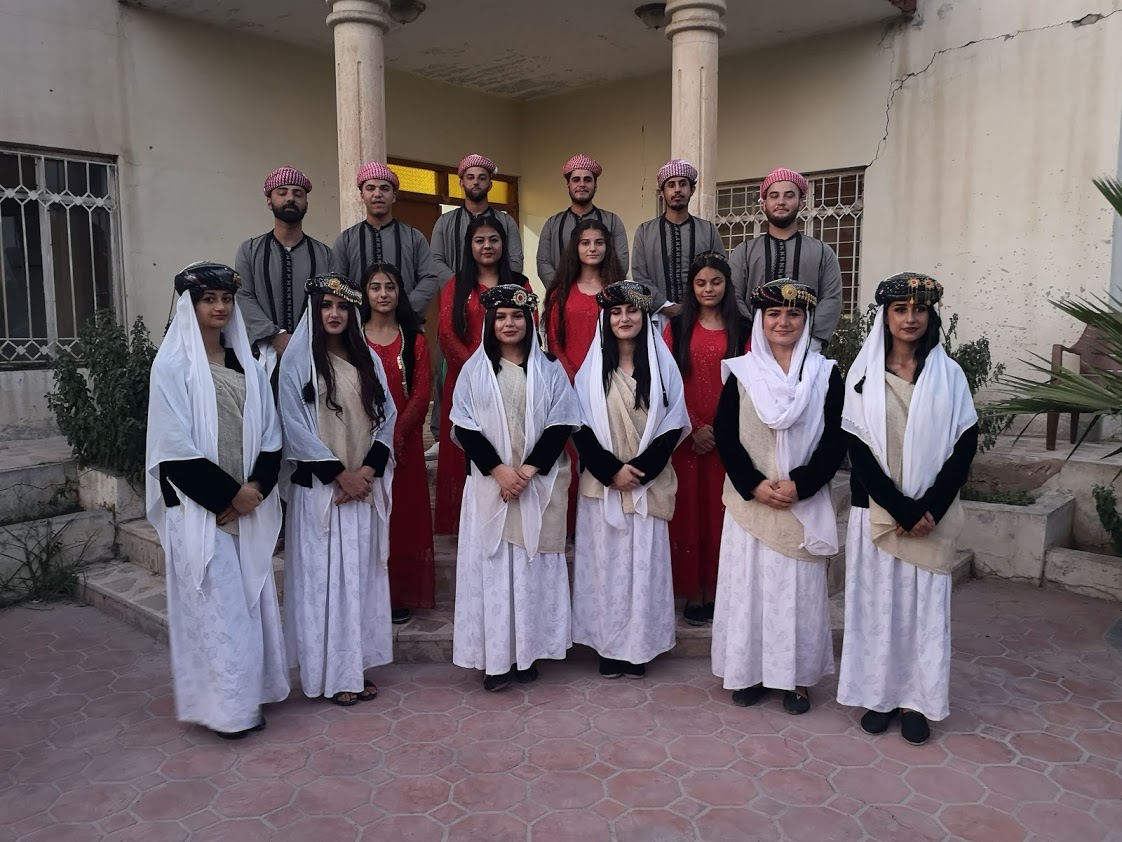 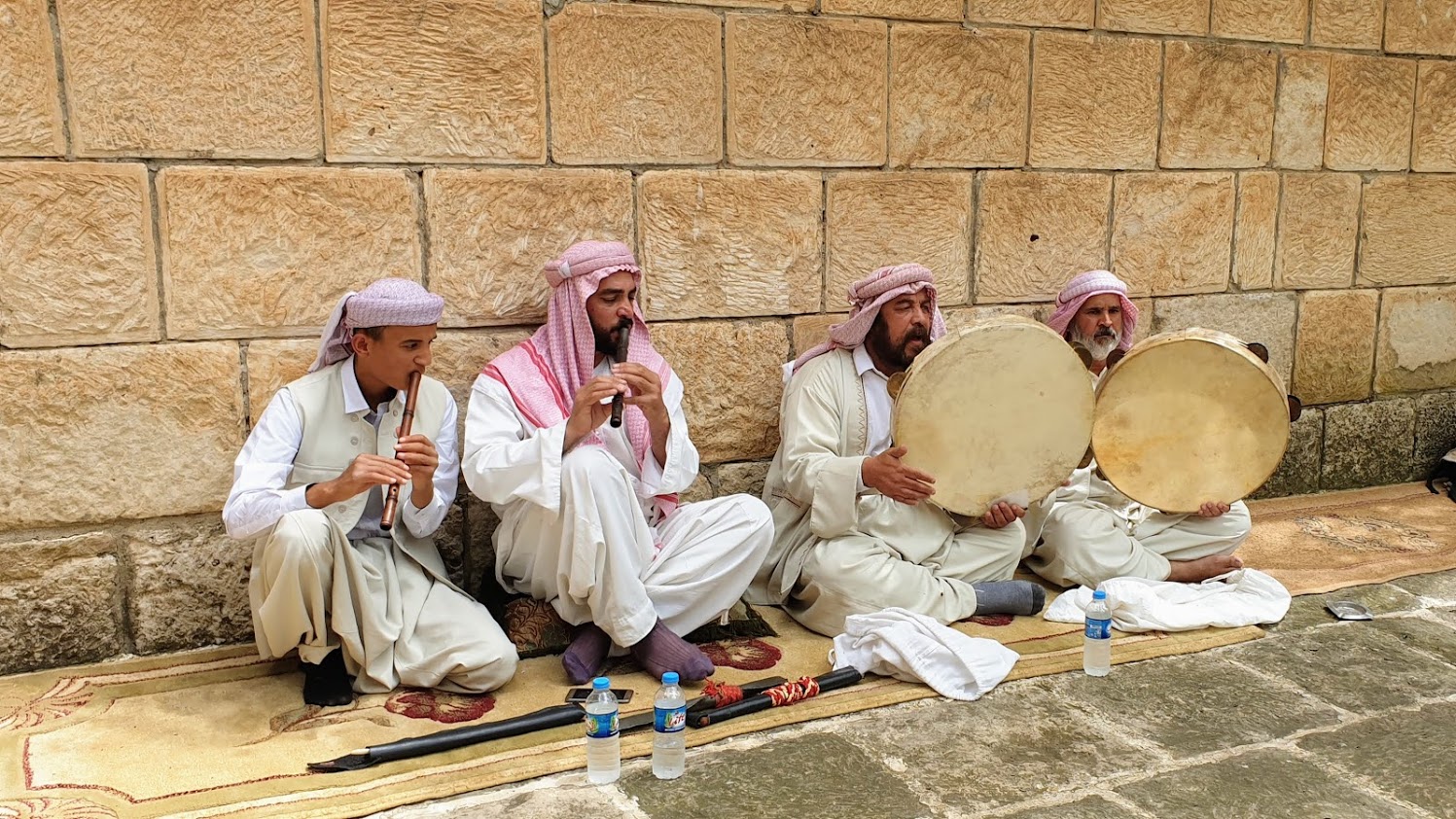 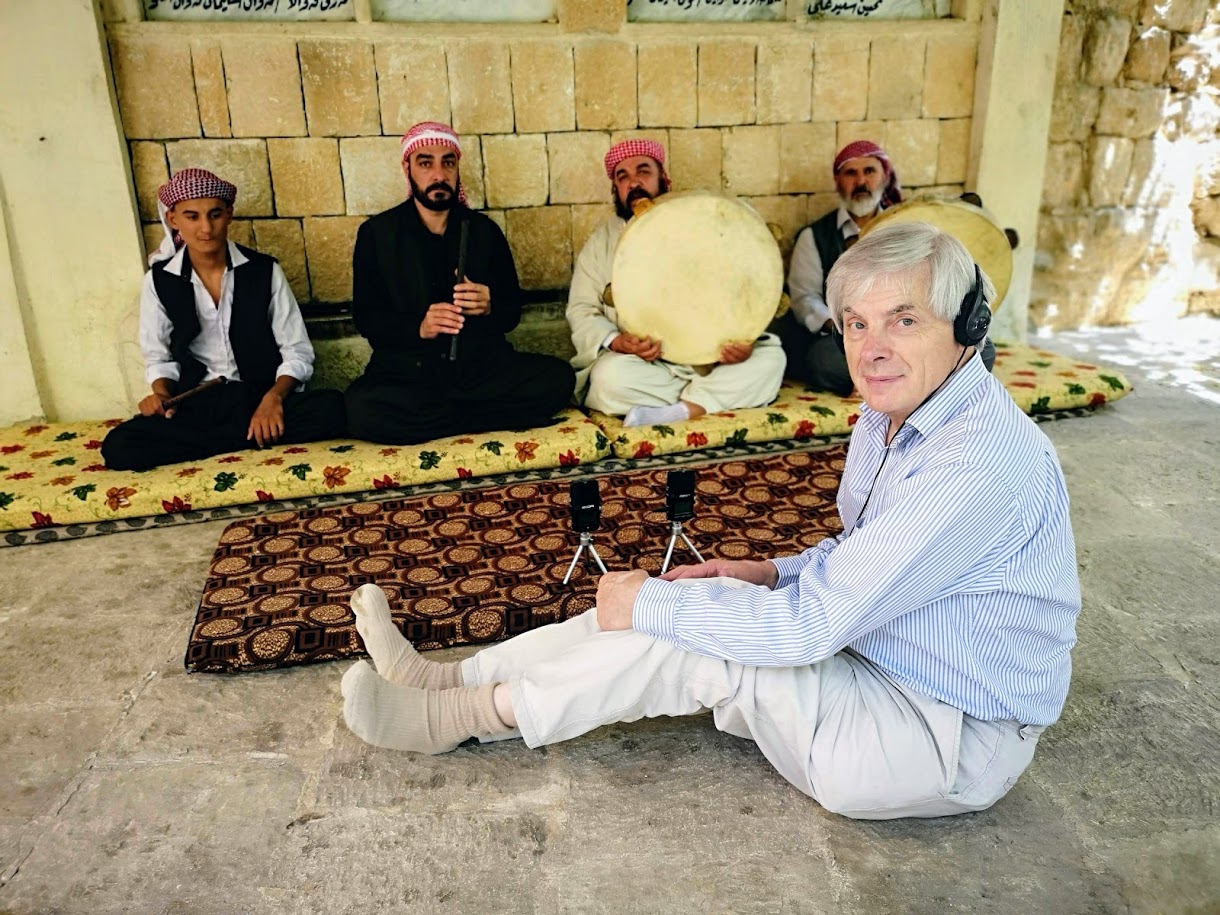 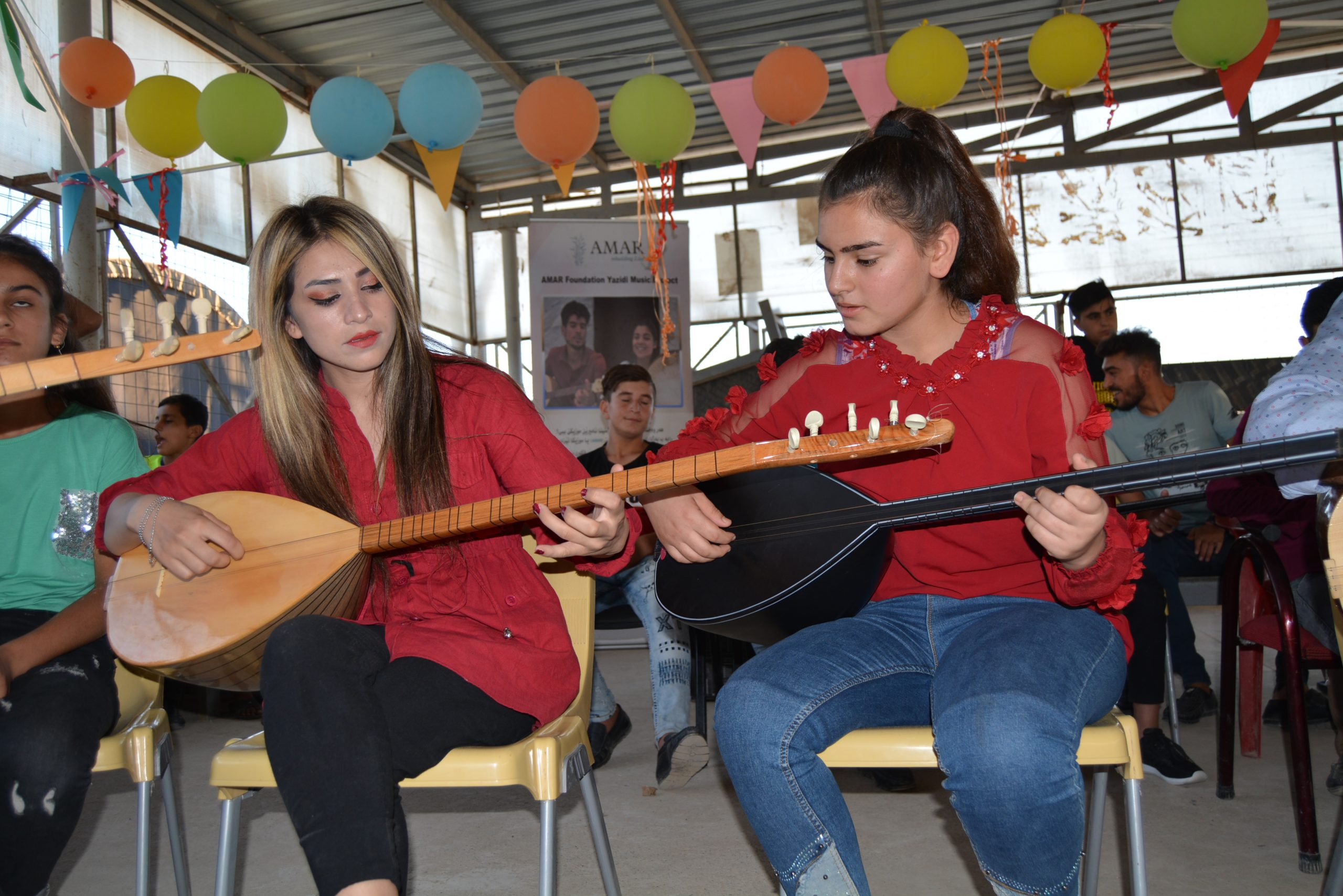 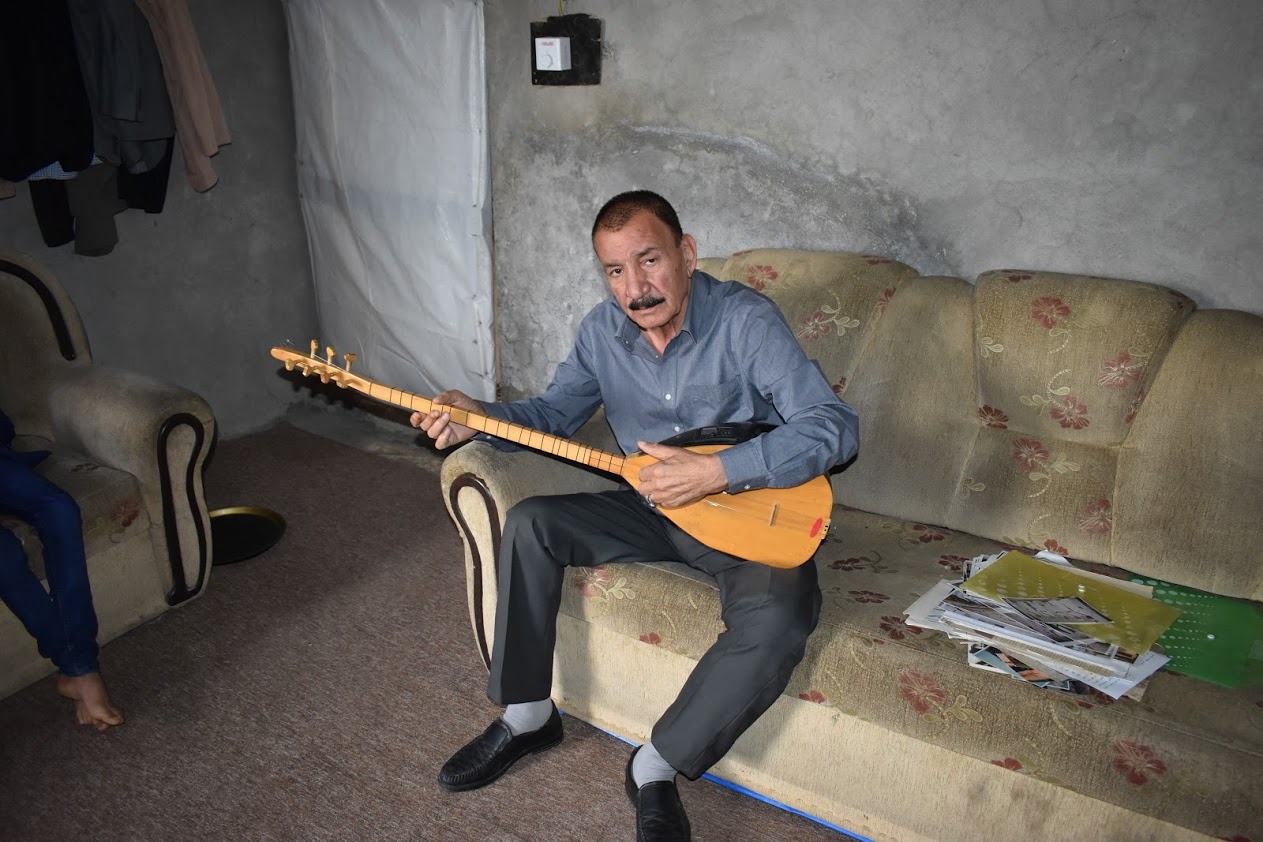 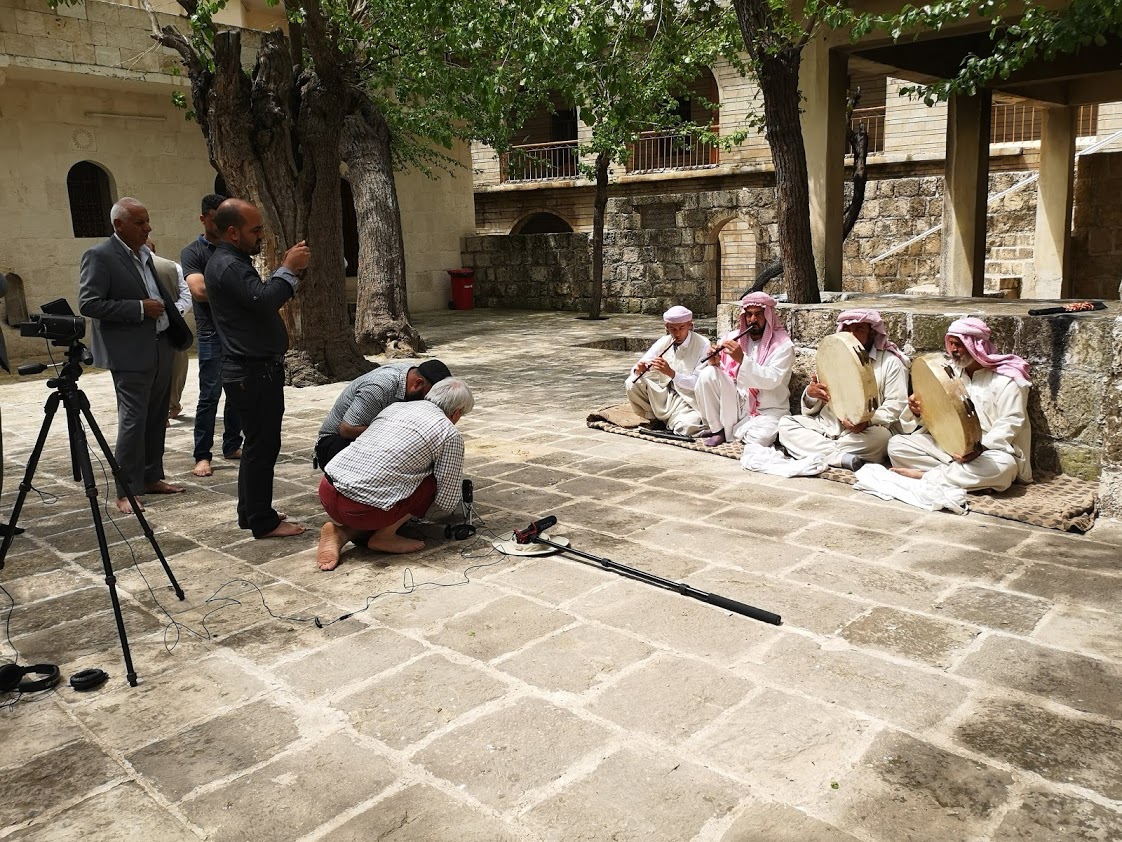 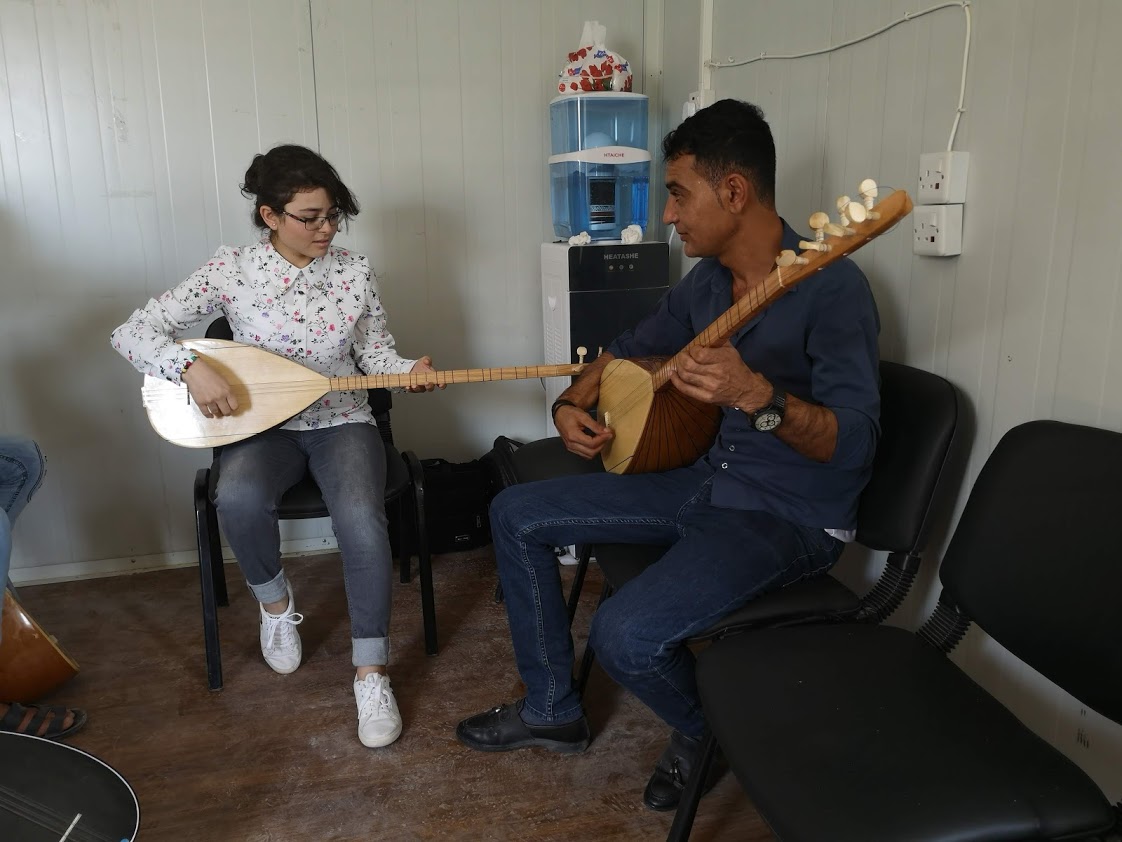 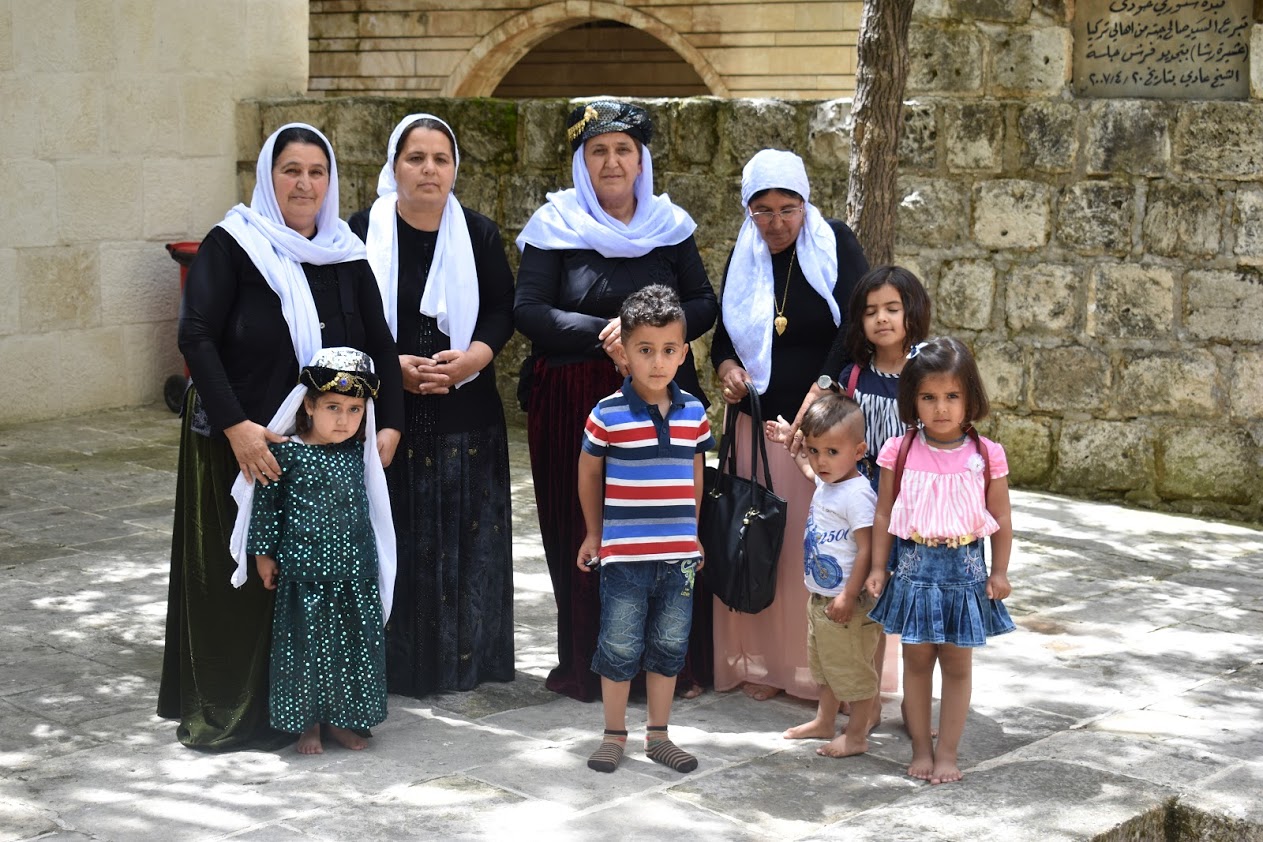 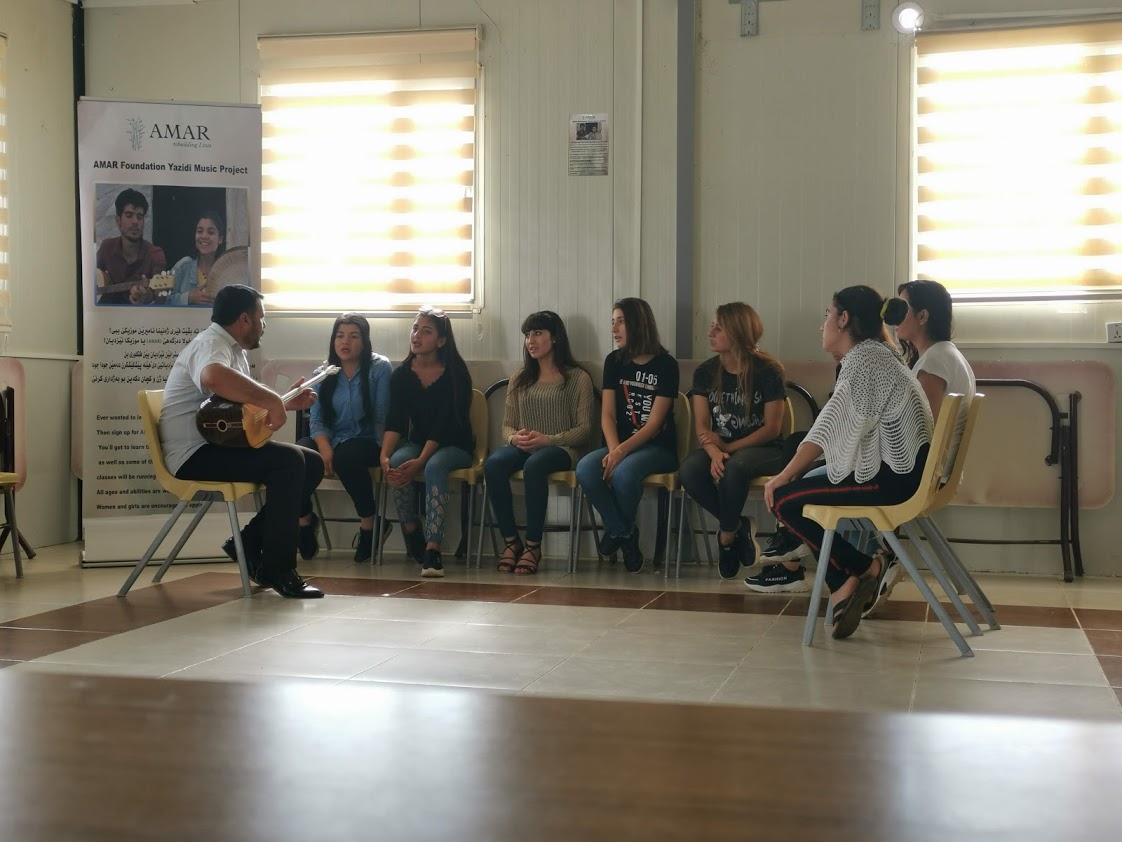 Developing over a long and complex history, Yazidi music is rich and unique. It is at the heart of the Yazidi faith and is one of the central pillars of community life. It broadly takes three forms: religious, ceremonial and folk. AMAR is working to ensure that all three continue to exist and thrive among the Yazidi people.

A unique musical culture under threat

The genocidal campaign by ISIS against the Yazidis has had a significant impact on Yazidi musical heritage. Among the thousands of Yazidis the group murdered were musicians, and it also made a point of destroying traditional Yazidi instruments in an effort to eliminate not just the Yazidis but their culture too. Today, hundreds of thousands of Yazidis remain displaced after these vicious attacks.

Compounding these issues, Yazidism is an oral religion and culture, and its music and songs have historically not been written down. As experienced Yazidi musicians age, or fall victim to persecution, there is a real risk that the musical knowledge they possess will disappear. With displacement from their homeland and the breaking-up of communities, the Yazidis’ ability to teach and pass down these skills and knowledge has also been disrupted.

Recording to protect against loss

During the project, AMAR has recorded religious music at Lalish, the home of the Yazidi faith, and folk music in and around the IDP camps of northern Iraq, where thousands of Yazidis continue to live. It has made over 100 recordings, interviewed musicians, and filmed and photographed performances. This material will be archived at the Bodleian Library in Oxford, and Mosul and Dohuk libraries in Iraq, ensuring that the music is protected for future generations of Yazidis, as well as people interested in learning more about their culture.

In five IDP camps in northern Iraq, we are running a five-month programme of learning on Yazidi music for over 400 Yazidi people, most of whom are children and young people. Students are learning how to play the tambour, a sacred instrument to the Yazidis, and the daf (a frame drum), as well as traditional Yazidi songs. AMAR has also formed a women’s choir. 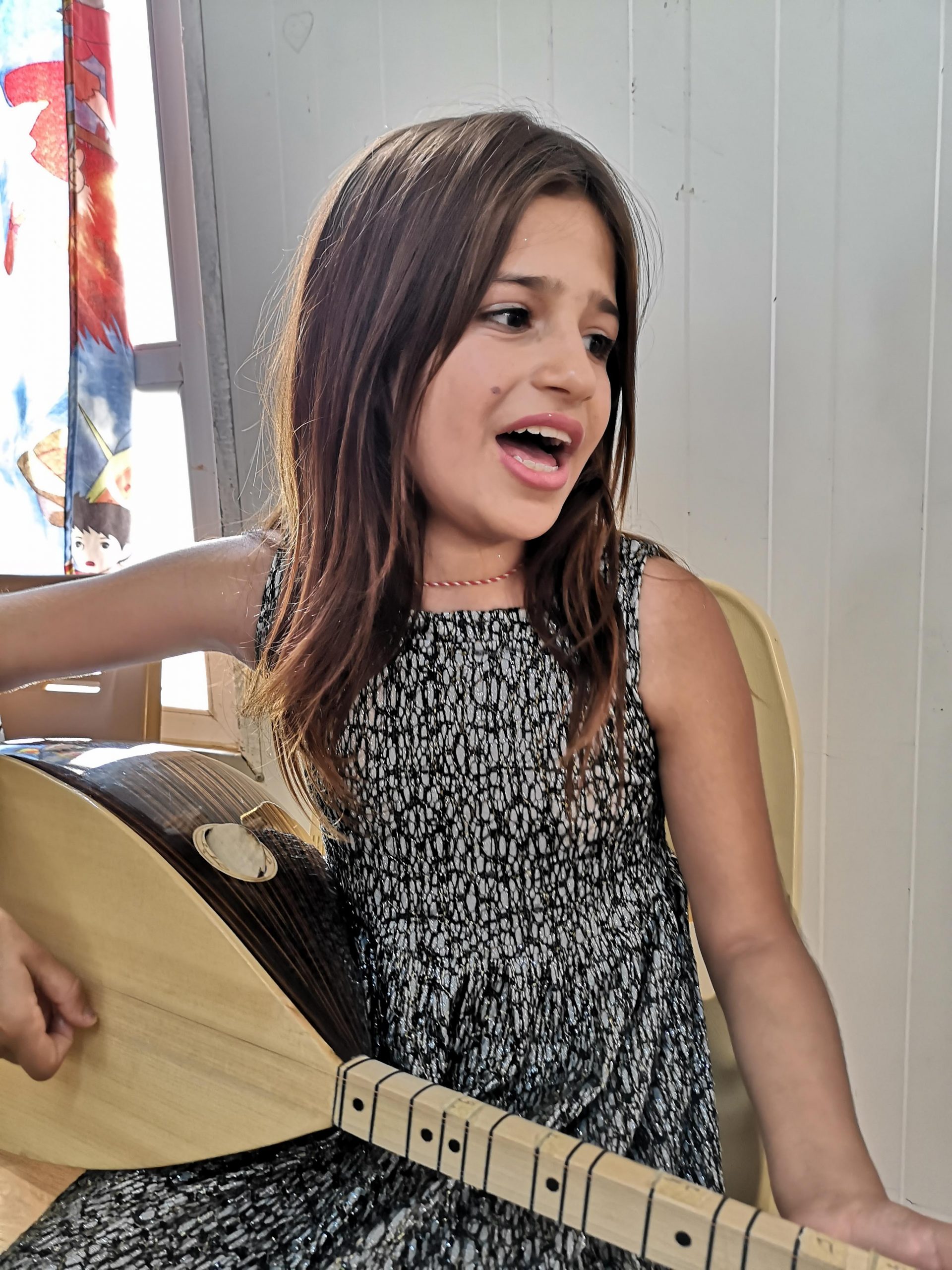 The young student working towards her dream

Dareen, 12, is a student on the music programme. She has been coming to classes right from the start of the programme.

Dareen has struck her teachers with her musical talent. She learned all her singing skills from listening to folk songs on her mobile phone, and has had absolutely no formal training.

Even though she was just seven when ISIS invaded Sinjar, Dareen still has vivid memories and never wants to go back there. Her and her family – mum and dad and five siblings – have been living in a camp for many years.

Dareen says she absolutely loves coming to the classes and is learning a lot. As well as singing, she is learning the tambour.

Dareen’s ambition is to one day become a professional singer. We hope the music classes are her first step to achieving her dream. 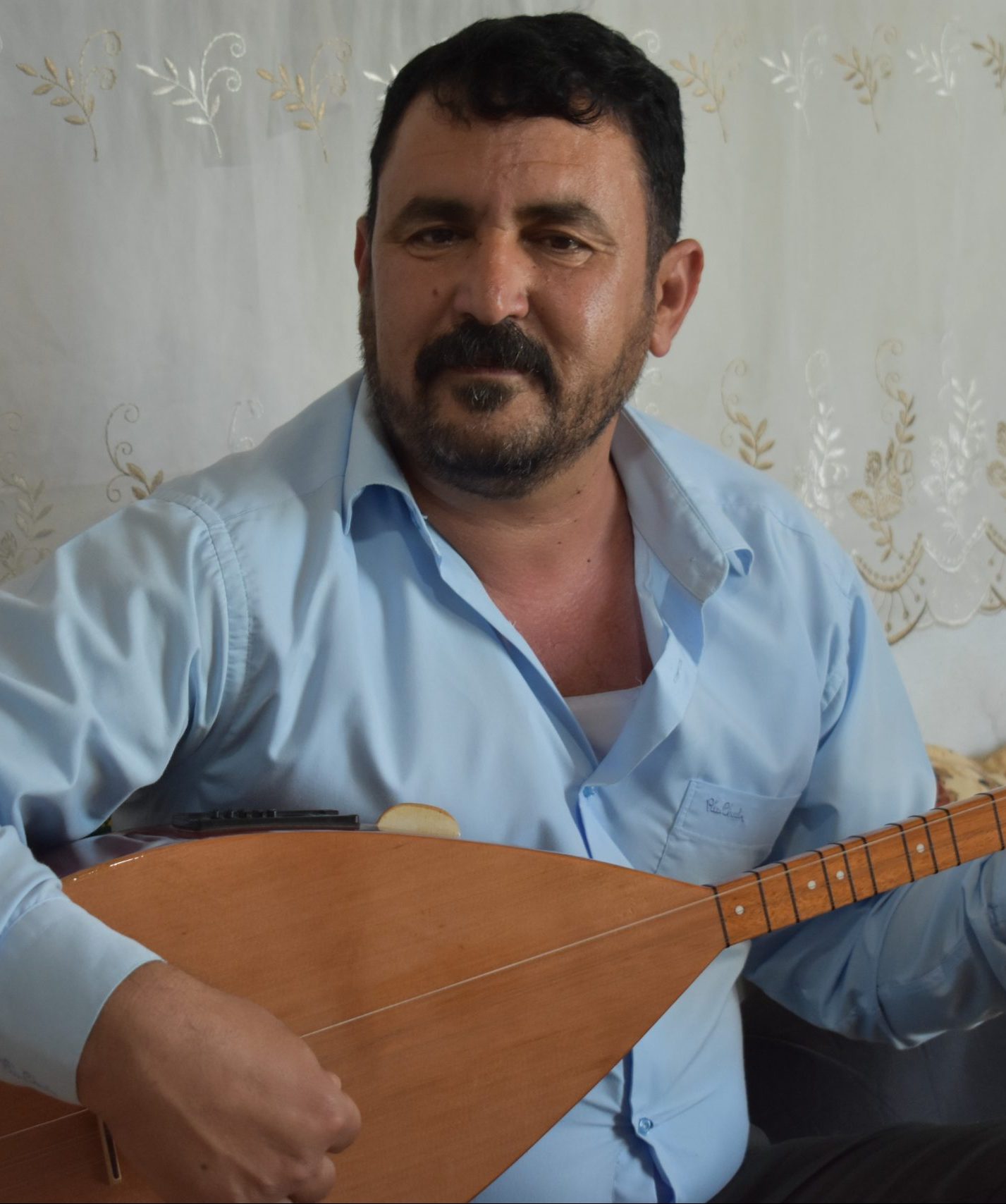 The teacher opening up musical worlds for displaced Yazidis

Ali, 35, is one of our music teachers on the Yazidi Music Project.

Originally from Borek, a village in the Sinjar district, Ali is a professional musician from a family of musicians. His father, Hader, was a well-known Yazidi musician, who taught Ali to sing and play tambour from a young age. Yazidi songs have historically not been written down and in his lifetime Hader memorised over 500 songs.

When ISIS attacked in 2014, Ali was forced to flee his home. Ali and his family spent ten days in the Sinjar Mountains, before making their way to one of the camps, where they have lived for the past five years. Ali’s brother and two nephews remain missing. ISIS destroyed Ali’s home and his village is too unsafe to return to.

Ali says music is vital to him and to all Yazidis. That’s why he’s so happy he’s playing such an important role in the project as a teacher. He teaches tambour to four groups a day, five days a week, and has 52 students in total. Through the lessons, he is passing on his expert musical skills and knowledge to a new generation of young Yazidi musicians.

“Yazidi music is ancient and very important to our culture. As a minority, it keeps us together.”

AMAR in partnership with British Council

The British Council’s £30m Cultural Protection Fund, in partnership with the Department for Digital, Culture, Media and Sport, is set up to protect cultural heritage at risk due to conflict in the Middle East and North Africa.