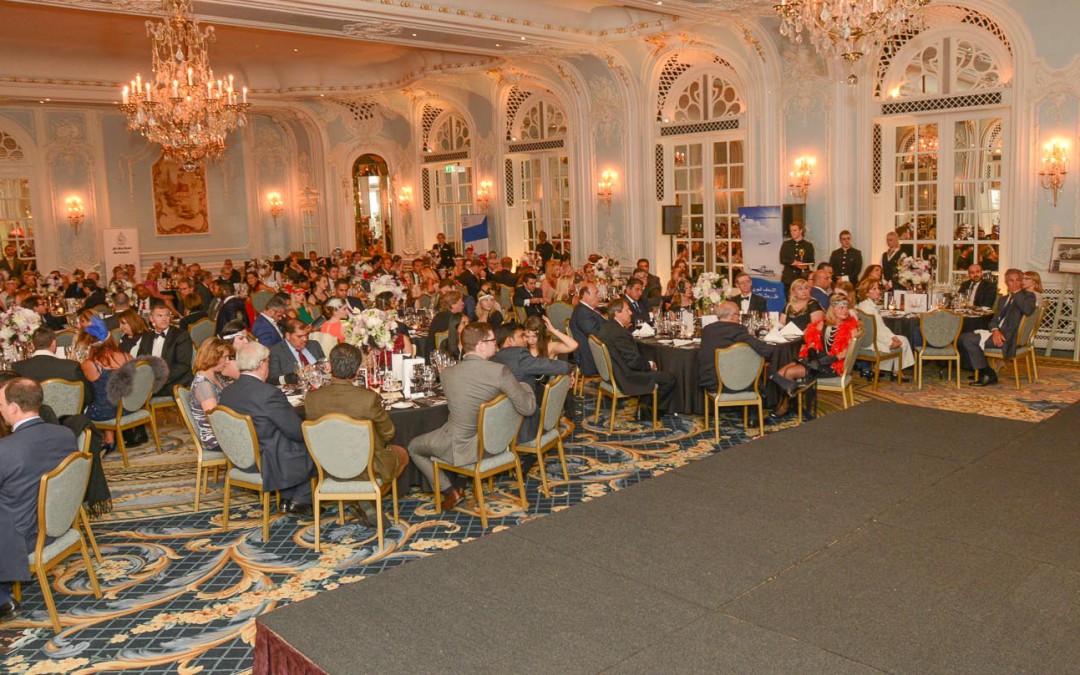 London’s Savoy Hotel echoed to the sound of tapping feet and 1920’s music and song at this year’s glittering AMAR Gala Dinner. The theme was the “Roaring Twenties” and many of the 230 guests made the most of the opportunity to show off their fancy dress skills with fringed dresses, peacock feathers and striped suits to the fore.

The famous hotel’s spectacular Lancaster Ballroom was the venue for the event. Singer Brandyn Shaw and his Rhythm Makers’ band, and dancing from the Bee’s Knees, brought extra
authenticity to the theme.

The event raised just over £70,000 from ticket sales, a “roulette” game and raffle, prizes for which included a holiday for 12 in a luxurious villa in the Canary Islands and a Day with  The Blades
Up for grabs in the roulette was a limited edition Sheaffer Legacy Centennial pen, and Omega Constellation watch.

Before the festivities began, the Executive Chairman, Baroness Nicholson welcomed guests with a speech explaining AMAR’s work. She said the charitable foundation now ensured more than 213,000 people in Iraq were seen by a qualified doctor.

AMAR’s medical staff – all local people themselves – deliver almost over 52,000 vaccinations. Many thousands for whom medical treatment is too far away from their homes were helped by AMAR’s mobile clinics, added Baroness Nicholson.

“In education, we supplement primary and secondary schools with programmes in health, human rights and the rule of law, and democracy – all vital for a growing
democratic society. We offer adult development programmes which provide leadership training, adult literacy, and vocational courses in IT, English Language, and business skills.”

The Baroness continued: “We deliver regular education and training to tens of thousands of Iraqis in their communities, including children, students, prisoners, prison guards, widows, and
female heads of household.”

“Our clinics and education programmes form an anchor for communities that have few resources. We believe the assurance that comes from having dependable health-care and good schools for children and adult learners creates a more optimistic and less conflict-prone atmosphere at the heart of a community.”

Mr Anis Hakawati and Mr Ali Behbehani of SIM Services. with His Excellency Mr Khaled Al Duwaisan, Ambassador of the Royal State of Kuwait to the UK and Dean of the UK Diplomatic Corps,
and Mr Antoine Aboukhalil of Zain Group.

Baroness Nicholson also talked about AMAR’s unique gender-based violence programme which had proved to be “hugely successful.” She said the charity’s work had been analysed and sponsored by experts from such august bodies as UNESCO, The World Health Organisation and the World Bank, who had all given it “top marks.”

Baroness Nicholson thanked the event’s financial supporters for all their help. “I must say a huge thank-you to the organisations that have made tonight possible. Our Principal Event Sponsors, Al Burhan Airways. SKA Group, who sponsored our fabulous Champagne reception, and SIM Services for sponsoring the auction once again,” she added.

“Thank you as always to Zain, our Leading Corporate Sponsor. They are been terrific friends to AMAR now for many years, and I hope this will continue for a long time to come,” continued Baroness Nicholson.

AMAR would like to thank all our guests and supporters who attended the Gala Dinner. With your donations on the night, AMAR raised just over £70,000 to support our health and education projects across the region.

A part of this will be focused on supporting the 22 Women Health Volunteers who were sponsored at last year’s event over this coming year. In the last 12 months, our 22 WHVs have made almost 7,000 family visits.

Women Health Volunteers are at the heart of AMAR’s community, especially in Iraq. Thanks to your support, we can help these highly-trained volunteers make an incredible difference within their communities during this difficult time.