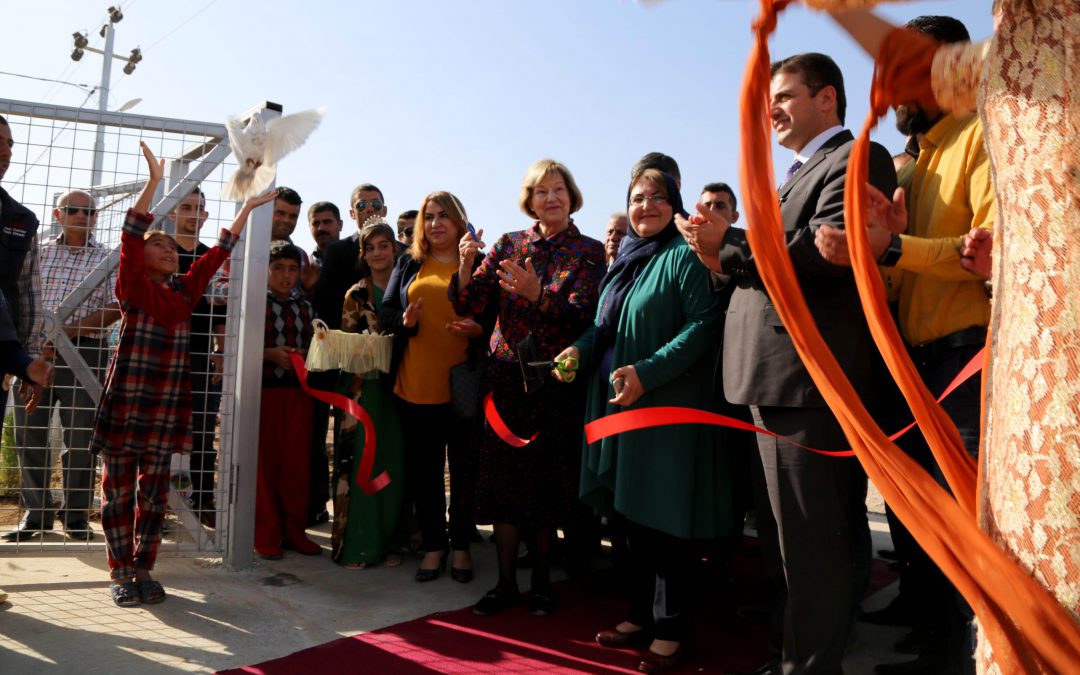 As the numbers fleeing Mosul continue to rise, AMAR teams have stepped in to increase healthcare provision for the displaced. In just ten days, our teams have constructed, equipped and opened a brand new healthcare center for the residents of Zelikan/Qaymawa Camp.

Already, more than 82,000 – half of whom are children – have fled Mosul and its surrounding areas, braving terrifying journeys on foot whilst navigating past mines, missiles, bullets and bombs. Arriving in camps exhausted, malnourished and severely dehydrated, they are desperately in need of healthcare assistance.

Many of those fleeing have also been without healthcare services for the past two years. Living under ISIS’ barbaric rule, they have lived in perpetual fear – many have witnessed public executions and punishments, as well as receiving threats to themselves and their families, prompting high rates of trauma. Doctors and medical professionals have been executed, healthcare facilities have been ransacked and many families have suffered from severe food shortages.

As AMAR’s Regional Manager in Iraq, Dr Ali Muthanna, explains: “Children living in Mosul have not received crucial vaccinations, leaving them vulnerable to dangerous diseases such as measles and cholera. Meanwhile, patients with illnesses such as diabetes and heart disease have gone for over two years without the correct medications and women have been denied access to basic sexual and reproductive health services, causing unnecessary complications. If we want to avert a health crisis, we must ensure that those fleeing the city receive urgent medical assistance.”

Thousands of those fleeing the area are arriving in Qaymawa (formerly Zelikan) Camp. Just 16 miles from the Mosul frontline, the camp is one of multiple which have been established for those escaping the fighting.

In just ten days, AMAR teams – with generous support from Vitol Foundation – stepped in to construct, equip, open and run a healthcare center for the camp. The new clinic, which includes a maternal health unit, laboratory, pharmacy and multiple consulting rooms, will help ensure that displaced families stay healthy and to prevent the spread of disease. Since opening, our doctors have been treating up to 200 people a day.

Speaking at the clinic’s opening ceremony, AMAR’s President, Baroness Nicholson, said “I have every confidence that this center will vastly improve thousands of people’s health – both mental and physical.”

“Work doesn’t stop when AMAR opens a clinic,” she continued. “We are a charity which rebuilds lives, and I can promise that we will keep on going, serving as many displaced Iraqis as possible.”