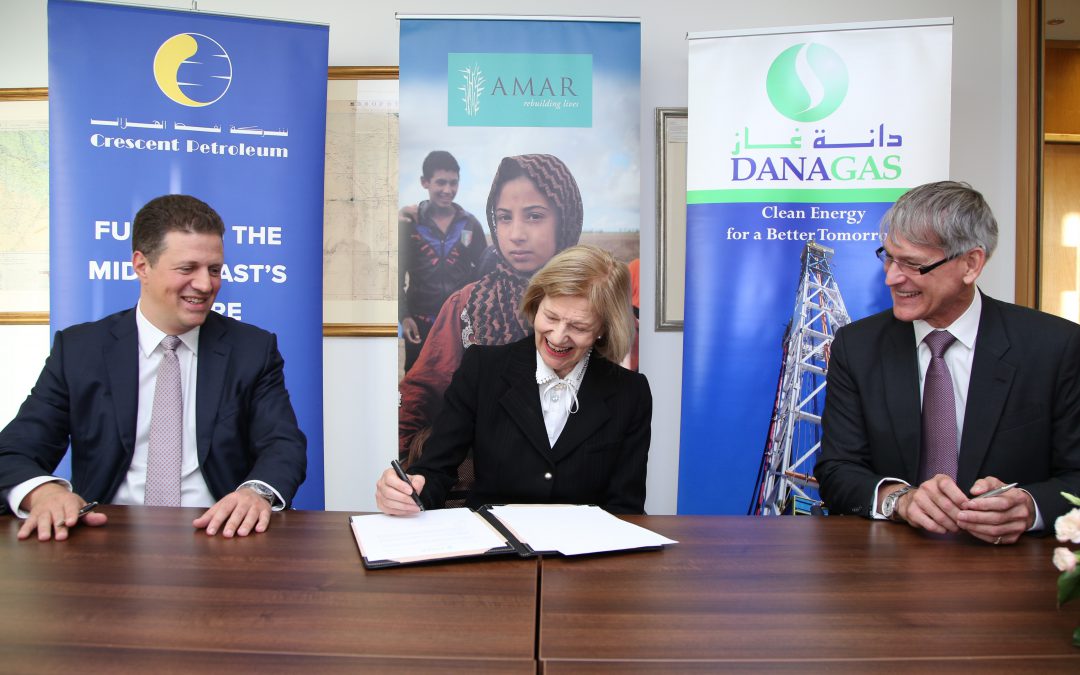 Crescent Petroleum, one of the Middle East’s oldest and largest upstream oil companies, and Dana Gas, one of the largest private sector natural gas companies in the region, have joined forces to fund the running costs of a healthcare centre and vocational training centre for displaced people in the Kurdistan Region of Iraq for the next three years, the two companies today announced.

The healthcare centre plays a vital role in providing healthcare to those who would otherwise be unable to access medical support. In the second quarter of 2017, the clinic saw 26,404 cases, conducting 5,411 maternal health consultations and 2,034 child consultations.

Commenting on the donation, Crescent Petroleum’s CEO Majid Jafar said: “At Crescent Petroleum, we aim to empower local communities by not only providing energy solutions to fuel their development, but also by responding to their social and economic needs. Internally displaced people (IDPs) are among the world’s most vulnerable populations but they are often overlooked by international relief efforts, and we are committed and honoured to assist their healthcare needs in partnership with AMAR Foundation.”

The natural gas produced by the companies from the Khor Mor field supplies more than 1,750 MW of affordable electricity to the Kurdistan Region, giving schools, hospitals and other vital entities a non-disruptive water and electricity supply for millions of people.

The Duhok Health Directorate has seen the population of the region more than double over the last two and a half years due to the massive influx of IDPs from the Sinjar and Mosul regions, putting increasing pressure on healthcare access.

Patrick Allman-Ward, Dana Gas’ CEO, said: “Our corporate social responsibility programme has been at the heart of Dana Gas’ operations since its inception in 2005. Providing financial support to those in need is not only a moral obligation, it also has a positive impact on the communities where we operate.”

AMAR’s Chairman and Founder, the British Conservative Peer, Baroness Nicholson of Winterbourne, said she was “overwhelmed” by the generosity of Dana Gas and Crescent Petroleum. “AMAR builds, staffs and runs five state-of-the-art heath centres on an extremely low budget. The generous donation from Crescent Petroleum and Dana Gas means we can continue with the marvellous work being done in Khanke by our locally trained doctors and nurses for the next three years.”