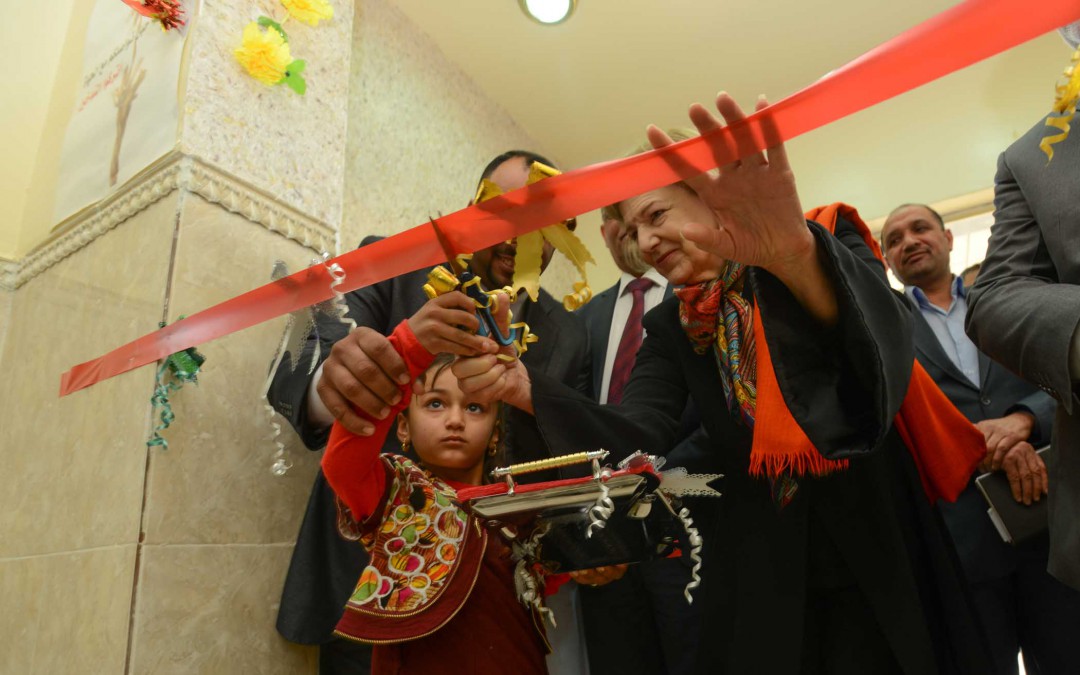 In February AMAR opened two new Primary Healthcare Clinics, located in Khanke refugee camp and in Najaf, which will provide essential healthcare services to thousands of people who have been displaced by violence in recent months.

AMAR U.S. Founder and President, Baroness Emma Nicholson, was present to inaugurate the clinics and meet with local doctors, staff, and volunteers. The Baroness explained, at the opening of the Najaf Clinic, that “Since last summer when the IS terrorists, or Daesh as the Iraqis prefer them to be known, took over Mosul and the surrounding region, the number of internally displaced persons (IDPs) has soared to around 2.2 million. AMAR has been working in Iraq for the last 23 years but this crisis has been unprecedented. Thankfully our wonderful supporters and donors recognized very early on that we would need to help the Iraqis by providing the best of medical care.”

Over 70,000 Iraqis have fled to the Najaf region in the past 8 months. Many of these displaced people are living in makeshift shelters, subject to physical and psychological distress resulting in widespread malnutrition and illness. AMAR’s clinic in Najaf is open 24 hours a day, includes a laboratory for conducting tests as well as a full dental suite, and is fully staffed by a team which includes many from within the displaced community. In AMAR’s experience, these professionals are especially well-suited to serve other displaced people because of their familiarity with their conditions and experiences.

The Najaf clinic will also be a base for at least 20 Women Health Volunteers, members of the IDP community who are trained by AMAR to provide basic care and advice on health and hygiene to local families.

Khanke camp and its surrounding area hosts an estimated 18,000 displaced people and refugees, many of whom are in dire need of healthcare and emergency assistance. This camp is home to a large number of displaced people of the minority Yazidi faith, which was specially targeted by Daesh, including many women and children who have experienced sexual assault and harassment, kidnapping, and the death of loved ones. AMAR’s Iraq country manager, Dr. Ali Muthanna, reports that the Khanke Clinic has been flooded with patients, and within just a few weeks of opening, the center staff gave 476 consultations in just one day.

For more information or requests to interview Baroness Nicholson, please use our contact us page.