The head of the Yazidi Supreme Spiritual Council has today praised AMAR for its ‘wonderful’ support for his people.

Speaking on an International Day of Action in support of the embattled religious minority, Prince Tahseen Sa’eed Ali highlighted AMAR’s health and humanitarian work in displacement camps, particularly in the Kurdish region of Northern Iraq.

“On this vitally important International Day of Action in support of the Yazidis, I would like to thank people around the world for highlighting and backing our just cause,” he said.

“In particular I must mention the AMAR International Charitable Foundation for the wonderful health and humanitarian services that it is providing on the ground in Iraq for Internally Displaced People, and for the many hundreds of thousands of Yazidi IDPs in particular.”

Two years ago today, ISIS terrorists arrived in Sinjar, massacring families and destroying entire villages as part of their campaign to permanently erase the Yazidi community. Thousands were killed, up to 7,000 women and girls were abducted and hundreds of thousands were forced to flee, abandoning their life’s possessions as they desperately sought to protect themselves and their loved ones.

“AMAR has been working since the very beginning to help the poor Yazidi people who have been so horribly treated at the hands of the murderous thugs of ISIS (Daesh)” commented AMAR’s President, Baroness Nicholson.

“Our teams of doctors, nurses, scientists, technicians, engineers, and educators have been on hand around the clock, particularly in the big IDP camps in the Kurdish region, to provide first class medical, educational and training services.  The fact that the Yazidi Prince himself has chosen to highlight AMAR is absolutely wonderful and gives us all a huge boost.”

AMAR’s ongoing appeal, ‘Escaping Darkness’, is working to raise funds to train local GPs and social workers to deliver emergency mental health services to those whose lives have been torn apart by ISIS violence. 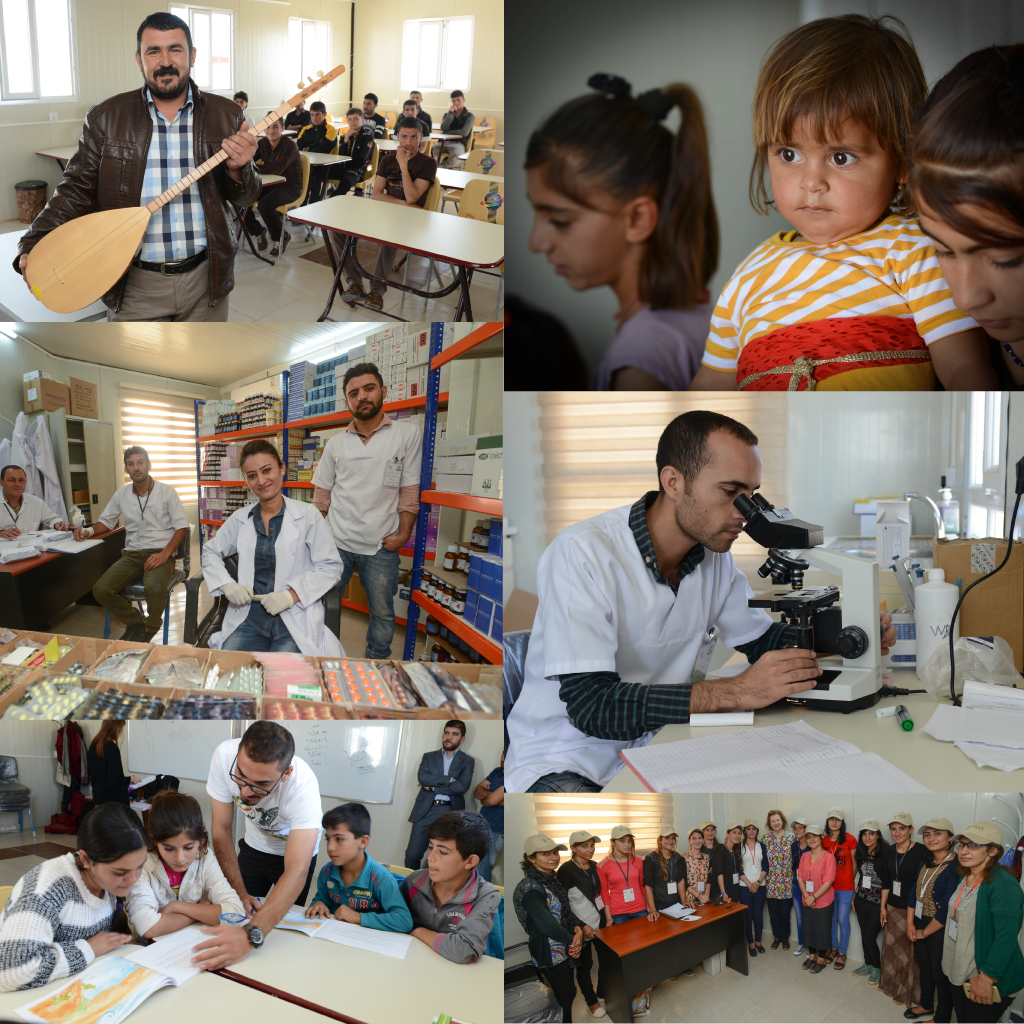