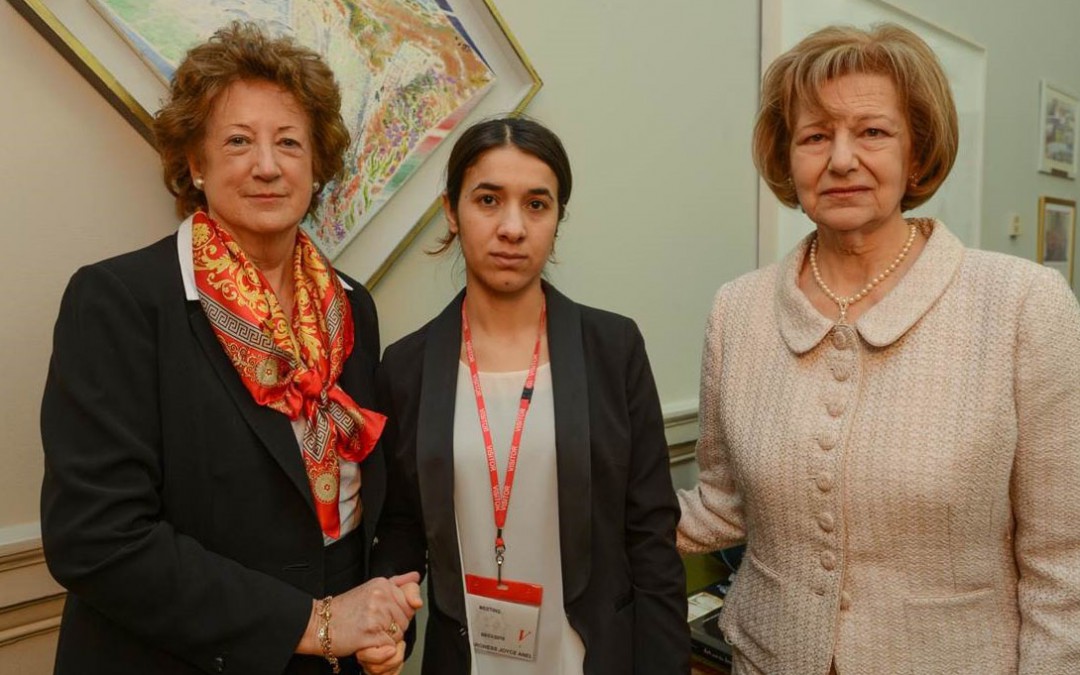 A young Yazidi woman kidnapped and brutalized by Daesh has met the UK Foreign Office Minister, Baroness Anelay, for talks.

Nadia Murad, accompanied by AMAR’s President, Baroness Nicholson, was in the UK to lobby senior politicians to back Yazidi calls for the mass murder and kidnap of Yazidi people to be declared a Genocide.

Since her release she has been determined to fight for justice for the Yazidi people and has traveled to many countries to tell her story. In December she addressed the UN Security Council about the current situation and again called for Daesh to be charged with Genocide. 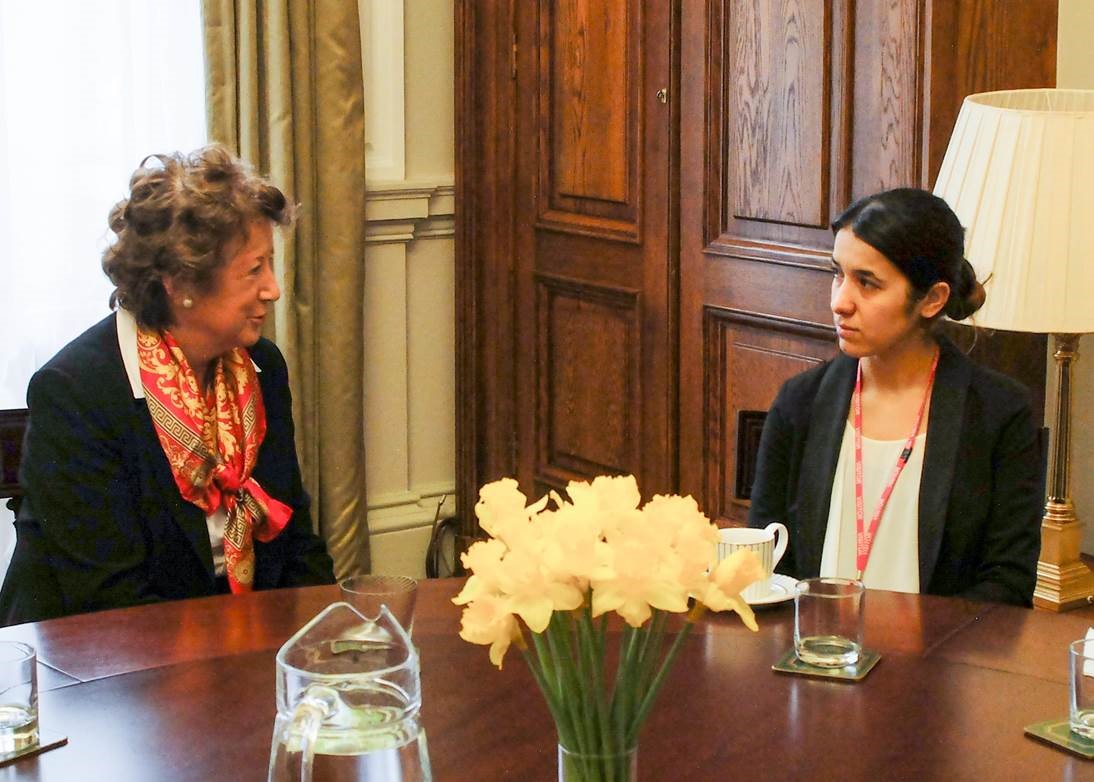