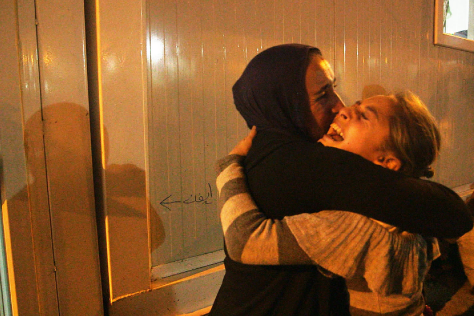 John said he was incredibly moved by the plight of the Yazidi people in Iraq and had been looking for some time to find a charity who he could trust to really help people on the ground.

He hopes that his donation will encourage others to pledge money to Escaping Darkness, he said. It was vitally important to get behind AMAR and ensure the women tortured by ISIS could receive the very best treatment.

AMAR’s Chairman and Founder, Baroness Nicholson, said she was “absolutely overjoyed” by the news of John G’s donation.

“This is an incredibly generous gesture by John and is a wonderful boost to our campaign. Let’s hope that we can now build on this and reach our total swiftly so work can begin as soon as possible on helping these poor women to cope with the enormous trauma they have all suffered,” added the Baroness.

Medical centres in Iraq are struggling to cope with the scale of the physical and mental damage done to women held hostage by ISIS. A severe shortage of trained psychiatrists has resulted in limited availability of psychological services.

“Experienced psychologists working in Iraq told me they have never witnessed trauma cases of such severity on such a scale,” says Edward Watts, whose film ‘Escape from ISIS’ highlighted the terrible psychological damage wreaked by Daesh.

“And yet, you can literally count the number of psychologists available to help the victims on the fingers of one hand. They urgently need more support.”

You can donate to AMAR’s Escaping Darkness Appeal HERE.