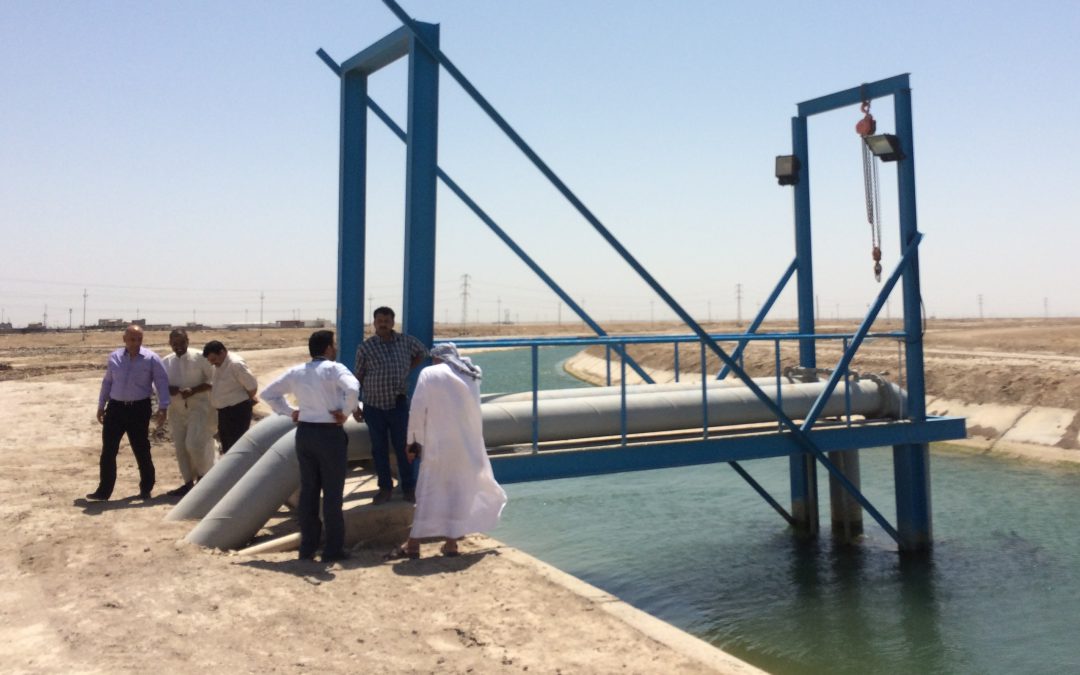 Iraq has long been hampered by a failing water system.  The devastating 2007 cholera outbreak underlined the desperate need to improve Iraq’s water and sanitation systems.  In 2008, UNICEF reported that less than 50% of the country’s population had access to potable water.  Today, 6.6 million Iraqis are still without access to safe drinking water.  AMAR is pioneering efforts to support communities through the construction of water treatment plants.

Sheikh Quassim lives in Al Khora, a village in the Basra region, with his wife and four children.  For years, he watched on helplessly as they contracted regular illnesses due to the contaminated water they were obliged to drink.  Nasim was not alone.  Many Al Khora residents reported to AMAR that they had to drink contaminated water on a regular basis, exposing them to life-threatening diseases.  AMAR teams heard that most families spent up to 50% of their monthly income on drinking water.  The situation was untenable, with residents planning to move if the situation did not improve.

“My family has always lived in this village”, one woman told AMAR staff, “I don’t want to leave, but I just can’t live here anymore if there’s no water to drink.”

AMAR stepped in to save the endangered community, building a new water system that channelled water from a nearby canal.  As a result, over 7,000 local residents gained access to potable water.

“Before we had the new pipelines, my children’s health was always poor.  I knew it was because of the water but there was nothing I could do”, Sheikh Quassim told AMAR staff, “But now there is clean water for us, they are much happier because they have not been sick in a long time.”

AMAR did more than build a water treatment plant.  Staff worked with regional Directorates of Health and Water to produce accessible water hygiene awareness materials for the community, as well as establishing the Women Environmental Health Volunteers programme.  Volunteers have conducted thousands of visits to Al-Khora families since the beginning of the scheme in 2015, spreading vital awareness about water hygiene and conservation.  At a political level, AMAR implemented the Al Khora Water Hygeine Council in which key stakeholders and local residents can discuss important issues of water hygiene and usage.

Potable water is essential for communities to thrive, develop, and live in dignity.  This World Water Day, AMAR reaffirms its commitment to ensuring that every Iraqi has access to this life-giving resource.