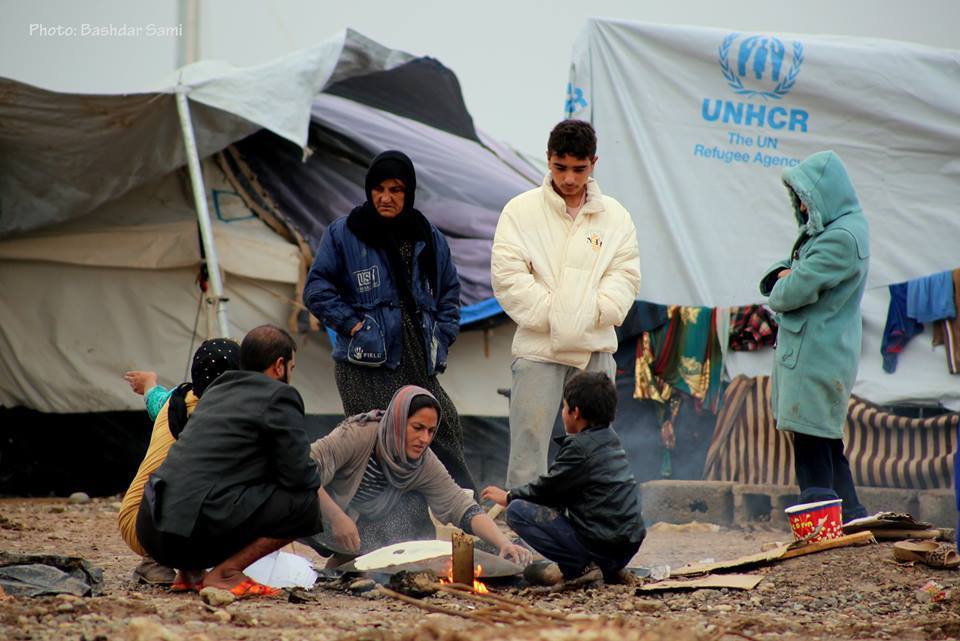 How do just 12 people in London manage to provide healthcare and education for hundreds of thousands of Iraqi refugees?

It’s hard to believe, but it’s true. The secret of AMAR is that it supports the efforts of up to 2,000 Iraqi staff and volunteers on the ground, using local resources wherever possible.

Founded 23 years ago to help the thousands fleeing Saddam Hussein’s barbarous regime, AMAR is now working with the innocent victims of the Islamic State by providing vital healthcare and educational services, giving them resilience and hope for better times.

AMAR’s courageous teams work across Iraq, from the frontline camps in the North through Baghdad and Najaf, to Basra in the South helping desolate and traumatised refugees.

AMAR is improving the lives of thousands of Yazidis who fled the Islamic State’s genocidal violence.  More than 4000 women and girls are still being held by the terrorists.  Many have been sold as brides or slaves.

Few realise the scale of the catastrophe in Iraq.  There are more than 1.8 million Internally Displaced People (IDPs) and the numbers are rising all the time. There are 20 camps in northern Iraq, hundreds of thousands living on the streets of Baghdad, Basra, Erbil and Najaf and many more living in half-finished office buildings, schools, abandoned cars, and in makeshift housing across the country.

AMAR has just taken responsibility for health at Khanke camp near Dohuk – now home to 20,000 refugees.  The charity is building and will run a healthcare centre from money raised by its on-going emergency appeal.

The centre will deal with up to 1000 patients a day – many of the camp’s population are suffering from either physical or mental problems. Almost half the residents are children.

AMAR is a remarkable charity but it needs everyone’s support.  Please spread the word. Ask us for more information and stories. With more funds we can extend our work to support even more people in Iraq and help them cope with the terrible situation they face each and every day.