AMAR calls to step up aid to persecuted minorities around Mosul 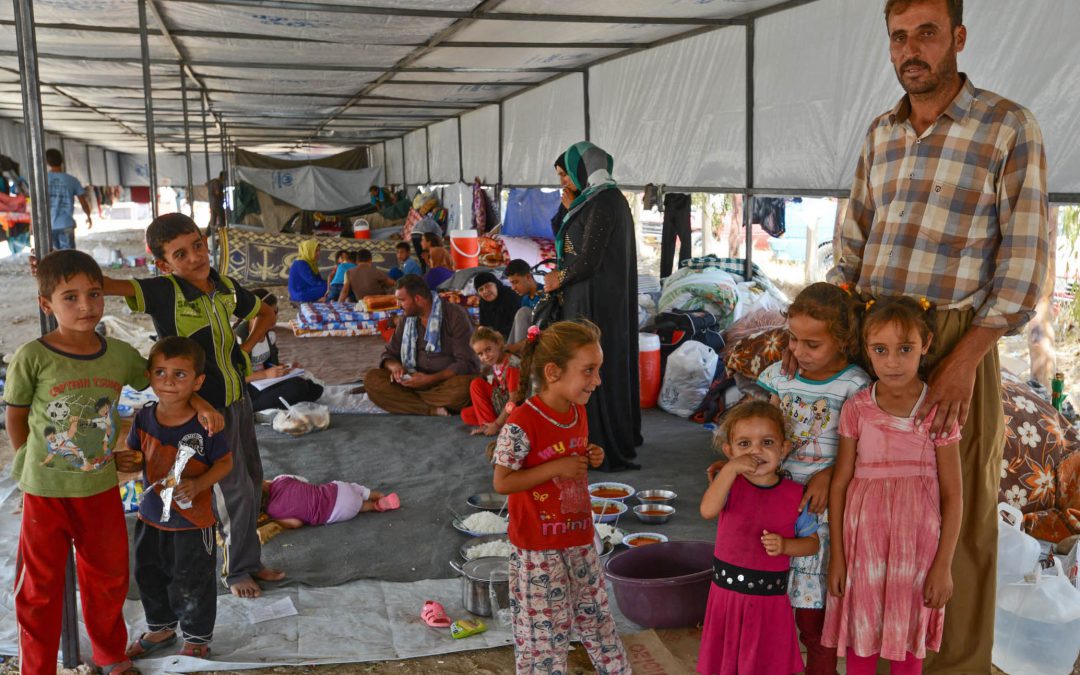 AMAR has today issued an urgent plea to the international community for increased aid and support for persecuted religious minorities around Mosul.

Speaking to MEPs and stakeholders at the European Parliament, AMAR’s Chief of Staff, Andrew Methven, spoke of the acute suffering of Iraq’s minorities, including Christians, Yazidis, Mandaens, Shabak and Turkmen, all of whom are today facing a battle for survival.

Thousands have been killed by Da’esh/ISIS, targeted because of their ancient religions and culture, and even more have been forced to flee their ancestral homeland for safety elsewhere. Whilst many are fighting for survival in Iraq’s sprawling displacement camps, others are fleeing further abroad – to Europe and the U.S.

Of the Yazidis, Methven commented: “As ‘unbelievers’, they were singled out for especially harsh treatment by Da’esh [ISIS]. Bluntly, men were shot on sight, and the women and girls sold into sexual slavery. This was classed last year by the UN Human Rights Council as genocide.”

On top of this, greater work is needed to promote tolerance between communities, so that displaced families can start to go home and live in peace once again. Without such assistance, Iraq is at risk of permanently losing its rich and diverse social and religious tapestry.

AMAR’s wholly-local teams have been working around the clock since 2014, providing essential services to displaced families. “When Da’esh invaded huge swathes of Iraq in 2014, AMAR answered the call for help,” said AMAR’s Founder and Chairman, Baroness Nicholson of Winterbourne, from the U.S. today. “Our wonderful field team immediately set to work, constructing and opening clinics, educational facilities and psycho-social services. Today, our teams are providing services for over 70,000 people in the Kurdistan Region of Iraq.”

But more help is needed to ensure families can rebuild their lives and return home. “Talking to the Yazidis over the last two-three years, the majority are quite clear they want to return home, particularly to the ancestral homelands around Mount Sinjar” said Methven. “Sadly some, those especially traumatised, are not yet ready to face this.”