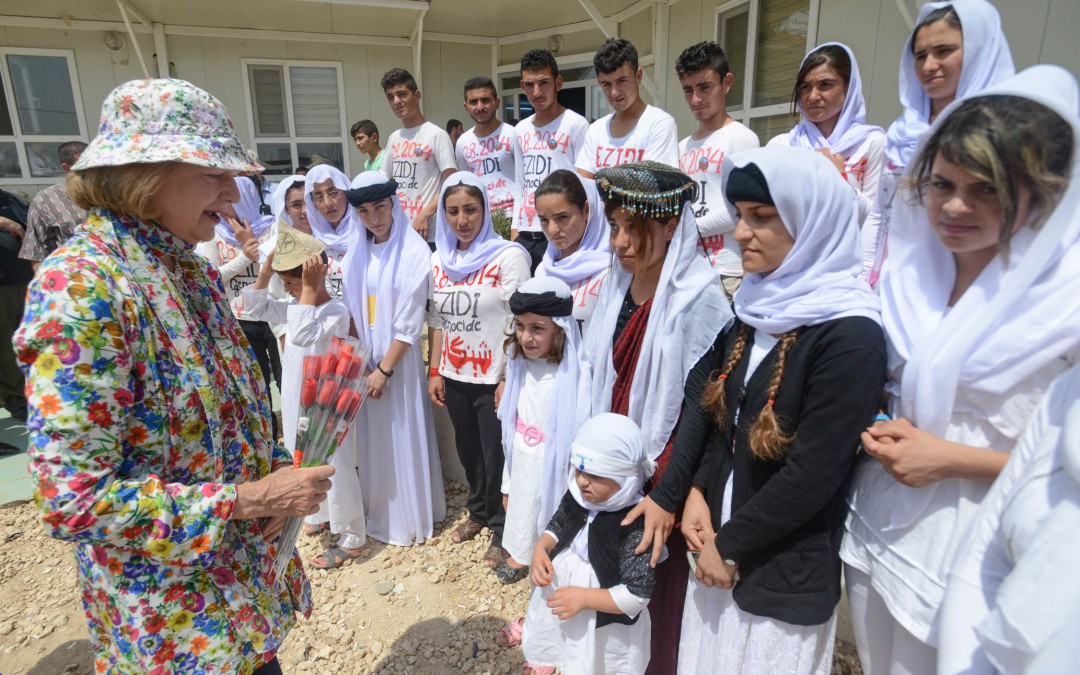 AMAR’s Chairman, Baroness Nicholson, has welcomed the American Secretary of State’s announcement that Daesh’s violence against the Yazidis and other minority groups in Iraq constitutes a genocide.

The Baroness has long called for world leaders to make the declaration and she is delighted that the U.S. has finally made the announcement.

“I hugely welcome Secretary of State Kerry’s statement, and our Government must now follow suit, as we cannot sit quietly by as horrible crimes are perpetrated against innocent men, women, and children in the Middle East,” commented Baroness Nicholson.

“This coming Monday the House of Lords will be debating the Genocide carried out by Daesh, and it is important that these crimes are recognised and condemned across the world.

I call on our Government to stand by the Yazidi peoples, and others against whom Genocide has been committed, and for a top level Court to be set up where our own judges can name it as the genocide that it is.”