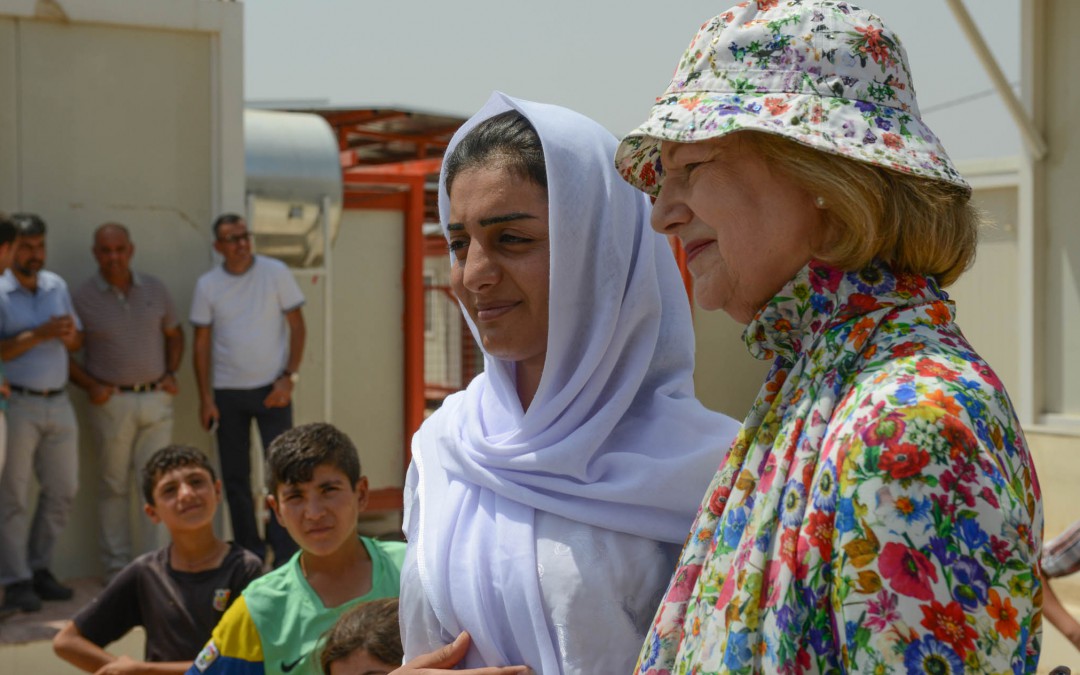 AMAR’s Chairman, Baroness Nicholson of Winterbourne, has welcomed the United Nations’ report recognising ISIS/Daesh violence against Yazidis as Genocide – but has questioned why it has taken two years to reach its decision.

“What has our watchdog on international human rights been doing all this time? I and many others have been calling for this decision over the last 18 months. During that time, I have visited Iraq again and again and met with those who have miraculously managed to survive,” said Baroness Nicholson.

She added: “The levels of violence experienced by this peaceful community are beyond comprehension. Families massacred as they tried to reach safety; girls snatched from their families and gang-raped, day in, day out; young boys forced to become ISIS soldiers; men and women shot on the spot for refusing to convert to Islam. It should have been immediately clear to all observers that these terrorists’ actions were genocidal.”

“However,  better late than never from the UN. I now urge all countries to back this genocide call.  These monsters must be brought to justice no matter how long it takes,” added the Baroness.

The report states that since 2014, Daesh has been attempting to permanently erase the Yazidi community in Iraq and Syria through a system of murder, sexual enslavement, rape, torture and forced religious conversions.

AMAR has been working to help those who managed to escape ISIS violence since the summer of 2014 – providing tens of thousands with urgent healthcare, access to education and skills training.  Since Daesh first seized towns and cities across Iraq, AMAR staff have been on the ground ensuring victims can live in safety and dignity. and today, in our newly built primary healthcare centres in Khanke and Mamilian camps, our staff are treating over 1000 patients a week.

Just last month, AMAR also hosted a delegation of senior Yazidi leaders in London – a visit which culminated in AMAR and the Yazidi Spiritual Council signing a Memorandum of Understanding which agreed that AMAR would become the official charitable partner of the Yazidi faith.