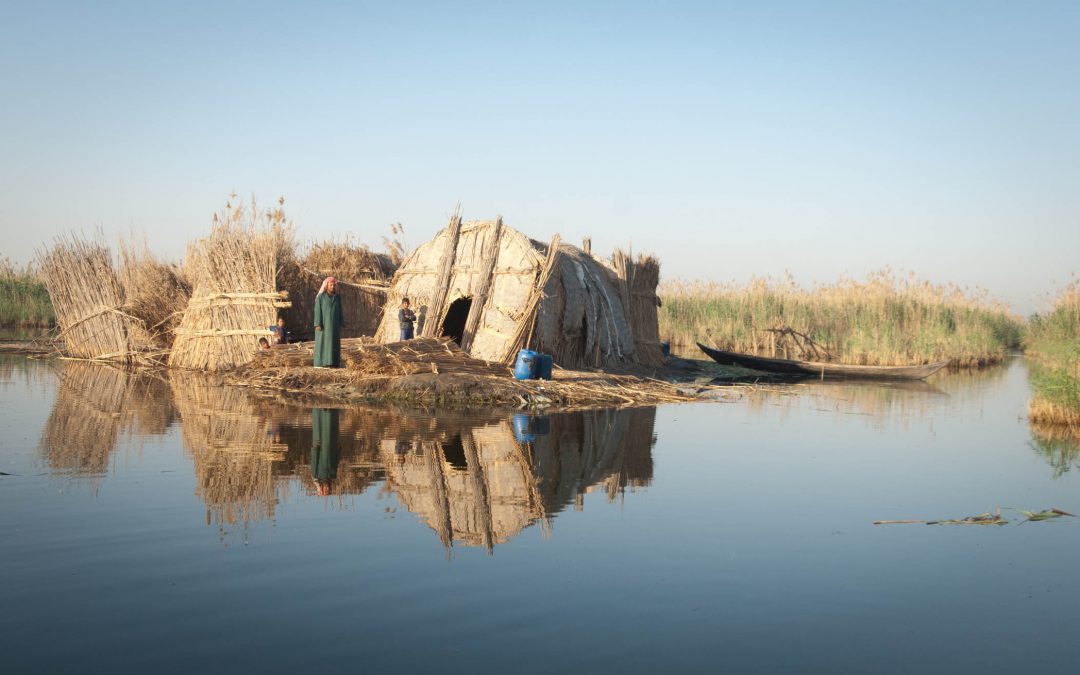 AMAR has begun construction of a domestic-wastewater-purification system in the Mesopotamian Marshes, where all 30 houses in the village of Al Adhaima will be connected to the network. The project, which is being funded as part of The Coca-Cola Company’s global “Replenish” water initiative, will employ traditional methods, largely using the area’s natural reed beds as a filtration system for the village’s wastewater. The urgent need for the scheme has only been increased by a summer of drought, which has hit water levels and quality badly.

The Mesopotamian Marshes, thought by many to have been the location of the Garden of Eden, are a rare wetland at the confluence of the Tigris and Euphrates Rivers. As well as being a unique ecosystem, the area is home to around 300,000 Marsh Arabs, whose own rich culture centres on the Marshes’ natural resources.

Sadly, the area has a long and troubled history of drainage, drought and displacement. In the 1990s Saddam Hussein drained around 90% of the Marshes in an effort to crush the Marsh Arabs. Hundreds of thousands were displaced. After his fall from power in 2003, the waterways were reopened and the Marshes replenished, and the locals began to return.

But the recovery has been only partial. This year reduced river flows, compounded by drought, have led to a drying-up of parts of the Marshes, as well as increased water salinity. Pollution is also a growing problem as population and industry grow but aging infrastructure struggles and decays. The agriculture and livestock that underpin local livelihoods are under severe threat. Many farmers in the marshes keep water buffalo, but high water salinity is depleting herds.

AMAR’s Replenish Project is seeking to tackle some of these issues in the Hammar Marshes. It will use the existing natural reedbed systems for the final process in the collection and treatment of domestic sewage and wastewater. Once treated, aerated and filtered, the cleaned water will be redirected to the river, where it will flow into and recharge the Marshes. The project is being carefully monitored and evaluated in close co-ordination with the Directorate of the Environment, who has been part of the project team throughout.

AMAR has long been an advocate for the survival of the Marshes and its people. In 2016 it successfully campaigned for the area’s recognition as a UNESCO World Heritage Site, affording it an increased level of protection. In 2012 AMAR ran a heritage project in the marshes, funded by the US State Department, which included the publication of a book documenting the history and culture of the region, The Southern Mesopotamian Marshlands: Reclaiming the Heritage of a Civilisation.

The Replenish Project seeks to continue this work. It will improve the water quality of the targeted area of the Hammar Marshes and preserve the unique marshland environment. This, in turn, will support the Marsh Arabs in re-establishing their ability to manage the marshes, and sustain livelihoods there, which has been so disrupted by historical persecution.

The reintroduction of managed reedbeds, which can also be used for farming and harvesting, also provides the local community with raw materials for traditional crafts and construction techniques. As such, this project has the potential to position the local community as a cultural hub and centre for access to the Marshes. A woman collects reeds for the construction of a mudhif, a traditional reed house.

AMAR will be working closely with The Coca-Cola Foundation throughout the project. Once the pilot scheme is complete, with further funding and support from the Iraqi Ministry of Environment and local Directorates, it hopes to roll out the project as a sustainable model in other marshland communities.