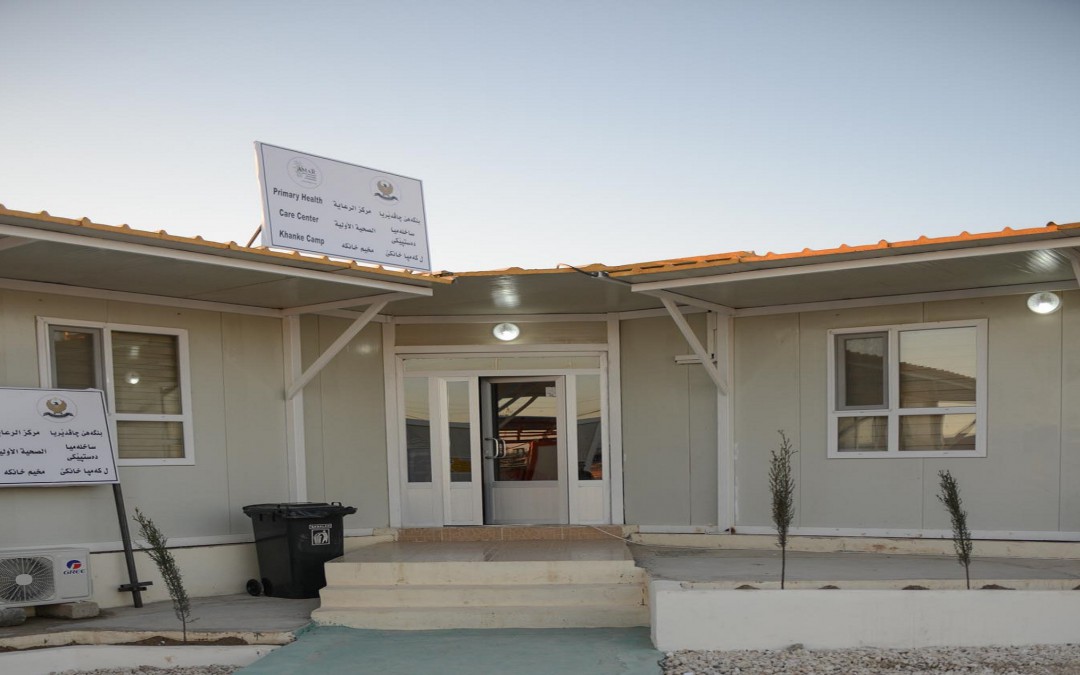 The AMAR International Charitable Foundation has opened a clinic in the Iraqi city of Najaf to give medical assistance to the 70,000 refugees who fled to the region from the Islamic State (ISIS/Daesh).

The majority of the Internally Displaced People (IDPs) are living in makeshift shelters, abandoned or empty buildings, and even cars at the sides of the road between the holy cities of Karbala and Najaf.

The IDPs have suffered both physically and mentally from their exhausting escapes from cities such as Mosul and Tal Afar.

The new clinic, which is being run in partnership with the Al Najaf Health Directorate, is open 24 hours a day, and has four senior doctors in residence.The nursing and other medical staff and assistants largely come from the refugee community itself.

“AMAR’s policy is always to draw on the skills of local people and local communities where ever possible, and there were many talented people to hire here in Najaf and the surrounding area. It is marvellous to have people looking after their fellow refugees and it also gives them a good, well-paid job which can lift the community as a whole,” said Dr Ali Muthanna, AMAR’s Regional Director in the Middle East.

Dr Ali explained that Najaf’s existing facilities had been stretched to breaking point by the influx of IDPs. “The road from Karbala and Najaf is one that is taken by many hundreds of thousands of pilgrims each year, but right now much of the accommodation that they would have used is filled with refugees from the North. Those that can’t stay there have set up makeshift homes in abandoned buildings and some are even living in their cars they used to escape.”

He added: “Because of the conditions they are living in, many people, especially the young, are falling sick, with diarrhoea and scabies very common. Some are also malnourished and many others need vaccinations to stay healthy.”

The clinic has many of the facilities of a larger hospital, including laboratory testing, and a full dental suite. It was opened by AMAR’s Chairman, Baroness Nicholson of Winterbourne.

“Since last summer when the IS terrorists, or Daesh as the Iraqis prefer them to be known, took over Mosul and the surrounding region, the number of IDPs has soared to around 2.2 million. AMAR has been working in Iraq for the last 23 years but this crisis has been unprecedented. Thankfully our wonderful supporters and donors recognised very early on that we would need to help the Iraqis by providing the best of medical care,” explained the Baroness.

She added: “AMAR’s wonderful teams are already helping the IDPs across Iraq, from Basra in the South to Erbil and Dohuk in the North. Najaf is our first major clinic to open, but there is a similar facility about to open in Dohuk and there are others planned. These centres are vital, and we would appeal to everyone who can help to donate to us. I can promise there is no waste and that money will go directly to helping these poor people.”

The clinic is also a base for more than 20 AMAR Woman Health Volunteers. The unique scheme trains women from the local community in basic health and hygiene care and then employs them, on a voluntary basis, to look after up to 50 families in their area. The WHVs will be a vital part of the care package for the IDPs in the Najaf region.

For any further information, please contact AMAR’s Head of Communications, Robert Cole on + 44 207 799 2217 or email him at robert.cole@amarfoundation.org