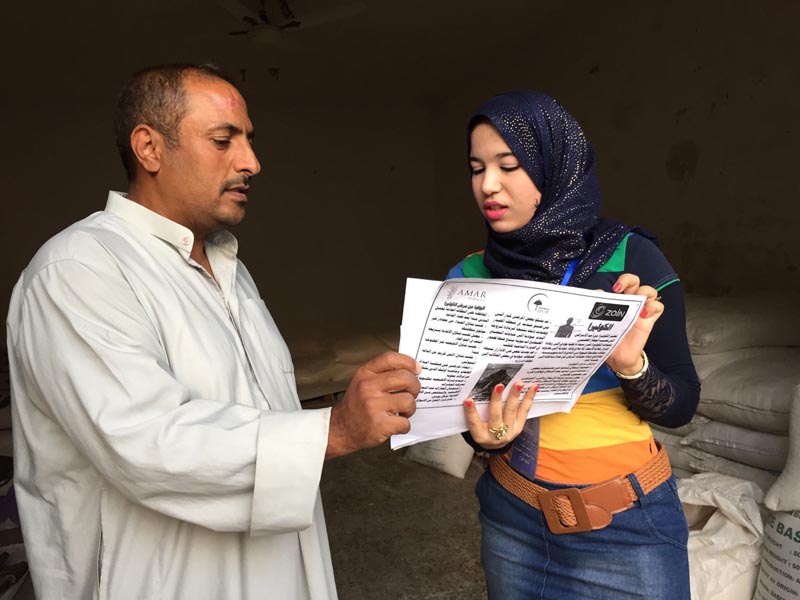 AMAR is battling to prevent an outbreak of Cholera from spreading across Iraq. The country’s Ministry of Health has already confirmed more than 800 cases of the disease and at least four people are believed to have died. Cholera is highly preventable, however, and AMAR is working with the most vulnerable communities to ensure they are well informed on key health and hygiene issues, delivering an essential awareness campaign to homes across the country.

First detected in the city of Abu Ghraib, just West of Baghdad, the recent outbreak of the disease is quickly spreading across the country – affecting Southern and Central regions in particular.

Primarily spread through contaminated food and water, the bacterial disease leads to acute diarrhoea and vomiting and in the absence of medical treatment it can be deadly – causing death by dehydration and kidney failure, often within a matter of hours.

For Iraq’s 3.1 million internally displaced, this latest outbreak is particularly concerning. Living in cramped and over-crowded conditions both inside and outside camps – often with only limited access to safe drinking water – they are acutely vulnerable to the disease.

Whilst cholera can be deadly – it can also be fairly easy to prevent if vulnerable communities are well informed on key health and hygiene issues.

AMAR’s teams have immediately responded to this health crisis – delivering an essential awareness campaign to communities across the country.

Our doctors have been training local Women Health Volunteers (WHVs) to deliver health advice directly to those in affected areas – with key messages including the dangers of buying ice from street vendors, how to safely prepare food, how to dispose of garbage, and what to do if symptoms are displayed.

Since the outbreak began, our WHVs have distributed thousands of information flyers in the streets, alerting local residents and shop-owners to the threat posed by the disease. They have also conducted more than 600 family visits and have held multiple community education sessions.

“With Cholera, it’s vitally important for communities at risk to receive information and advice about the disease as quickly as possible,” said AMAR’s Regional Manager in Iraq, Dr Ali Muthanna.  “Simple messages such as the importance of purifying water for drinking and using soap to wash hands, as well as how to recognise symptoms, can save lives and help prevent the outbreak further spreading.” 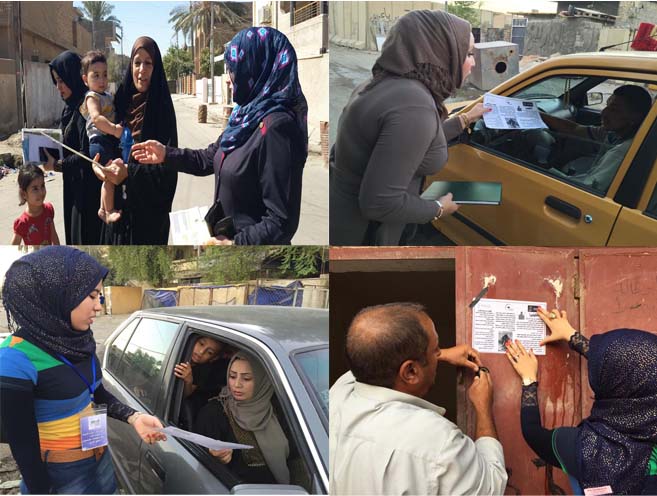