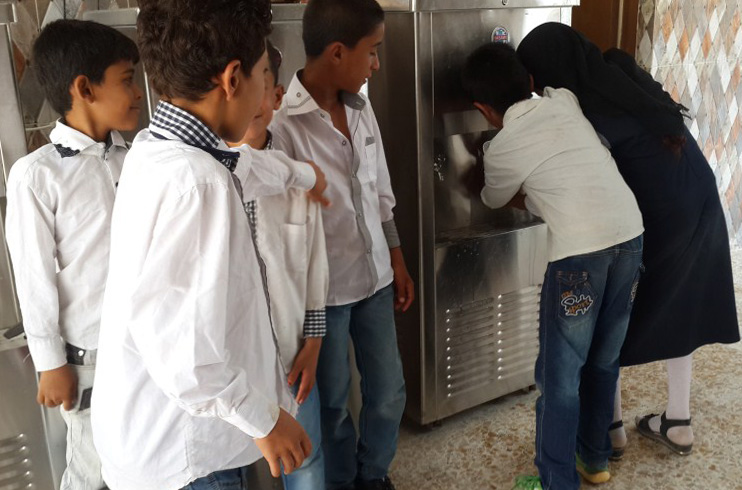 Drinking dirty water is one of the biggest killers of children worldwide. In Iraq, the problem is particularly pronounced. Thousands die every year in the country due to easily preventable waterborne diseases. But now, thanks to AMAR’s programme delivering clean water to schools, over 12,000 school children in Southern Iraq are being provided with access to safe drinking water.

Across Iraq, large sections of the population have no access to clean drinking water. Whilst the country has a large water and sewage network, much of it has fallen into disrepair following decades of conflict and under-investment. Homes, offices, hospitals, schools – all suffer from the shortage of safe water, and diseases linked to dirty water are rife. Children are disproportionately affected.

As part of AMAR’s project, the water quality of schools has been tested, contaminated pipes have been replaced, chlorine tablets have been distributed and purification systems incorporating reverse osmosis units, electric pumps and storage tanks have been installed.

“Iraq’s children have experienced years of conflict and poverty. They have had to endure hardships and traumas and they have gone without stability and security. They shouldn’t have to go without clean water,” said AMAR’s Founder and Chairman, Baroness Nicholson of Winterbourne.

Dr Ali Muthanna, AMAR’s Regional Manager in Iraq, added: “safe drinking water is vital for the survival of Iraq’s children. The detrimental impact of dirty water on a child’s health and education is all too evident.”