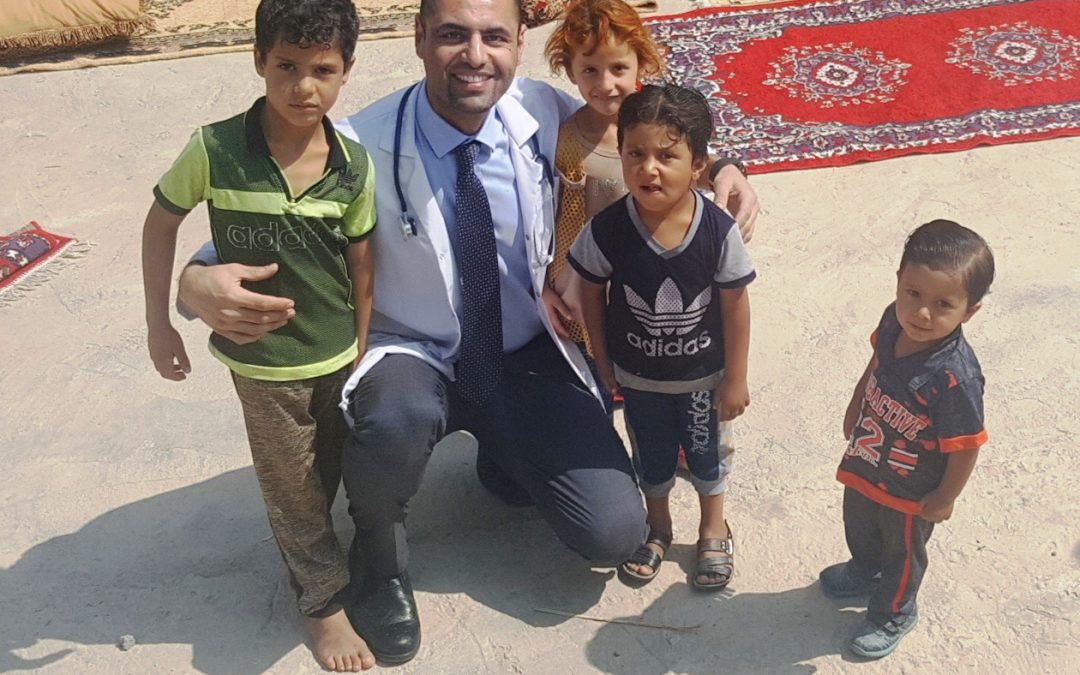 An award-winning Welsh medical specialist has been working alongside local doctors in war-torn Iraq helping to improve the lives of some of the country’s poorest citizens.

Dr Laith Al Rubaiy spent several days with doctors from the British NGO, AMAR International and its mobile health clinic during a visit to Basra, in southern Iraq, earlier this month.

Dr Al Rubaiy is a specialist, based in Swansea, and was recognised as Young Gastroenterologist Doctor of the Year 2017 by the British Society of Gastroenterology.

Trained in Iraq, Dr Al Rubaiy graduated from Basra School of Medicine in 2003 and worked in Iraq until 2005.

He has lived in Wales for the past 10 years, working in Bangor, Swansea, Llanelli and Merthyr Tydfil.

“Dr Al Rubaiy did a fantastic job for us. He is obviously very skilled and it was wonderful to have his expertise on board the mobile clinic,” said Dr Ali.

Dr Al Rubaiy said while visiting family in Basra for Easter, he took advantage of the opportunity to offer his services to AMAR, working alongside his brother Dr Ali Kadhim, manager of the AMAR mobile health clinic.

With the Basra region being remote, the mobile bola parlay clinic is an opportunity for internally displaced persons (IDPs) to access basic healthcare.

“One of the mornings I was working with AMAR I saw about 15 patients, with the majority being women and children as the men were at work,” he said.

“The sanitation situation is not perfect, there is a lot of stagnant water, so I spoke to people about the importance of immunisation and washing hands.”

“I was impressed, to be honest,” he said.

“There are a lot of obstacles, but the AMAR staff are situs judi bola resmi getting around them to treat people the best they can.

“When I left Basra in 2005, there was a huge gap in medical education, but the gap has narrowed. I am very optimistic.”