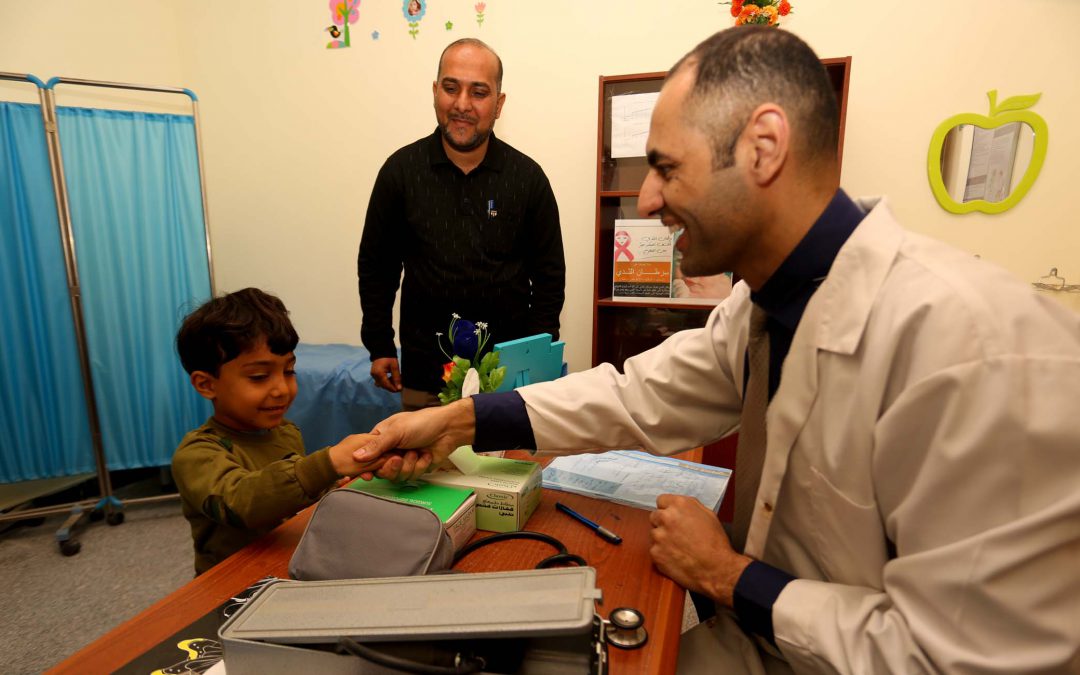 Hundreds of AMAR patients have received specialist treatment from an award-winning London Consultant.

Dr Laith Al Rubaiy, who was born in Iraq, volunteered to work in AMAR’s healthcare clinic near Basra in February.

A consultant gastroenterologist, he is currently nominated for a prestigious St David Award, the national award of Wales recognising individuals who’ve made exceptional contributions to society. He demonstrated his expertise and kindness during his stint in the village of Al Khora.

The centre is the sole source of medical care for thousands of people in the area. One of the many patients the consultant saw was Adil, a young boy with developmental problems. The district of Basra is severely lacking in medical facilities and frequently children and young people are forced to go without the treatment they need. But Dr Rubaiy was able to use his experience to suggest the right course of treatment for Adil and reassure his mum about her son’s prognosis.

Dr Rubaiy is currently nominated in the International Section of the St David Awards for his previous work with AMAR in Basra, among other things. In April 2018 he helped AMAR to set up a mobile clinic in the Al Rumaila suburb of Basra, the city where he trained to become a doctor. With parts of the Basra region being remote, the mobile clinic is an opportunity for local people to access basic healthcare.

This time round, Dr Rubaiy was joined by his father, Dr Kadhim al-Rubaiy, a 72-year-old retired consultant dermatologist, who lives in Iraq. This was the first time the two had given medical consultations together and Dr Rubaiy said “the father-son experience is something I will never forget.”

As on his previous trip, Dr Rubaiy also expressed admiration for AMAR’s healthcare services. He was particularly impressed by a recent innovation, the AMAR smart healthcare card, describing it as a “great initiative using IT in health services in Iraq”.

“He is a passionate supporter of AMAR’s healthcare services in Iraq and his voluntary work with us makes a real difference to the lives of some of Iraq’s poorest people”.