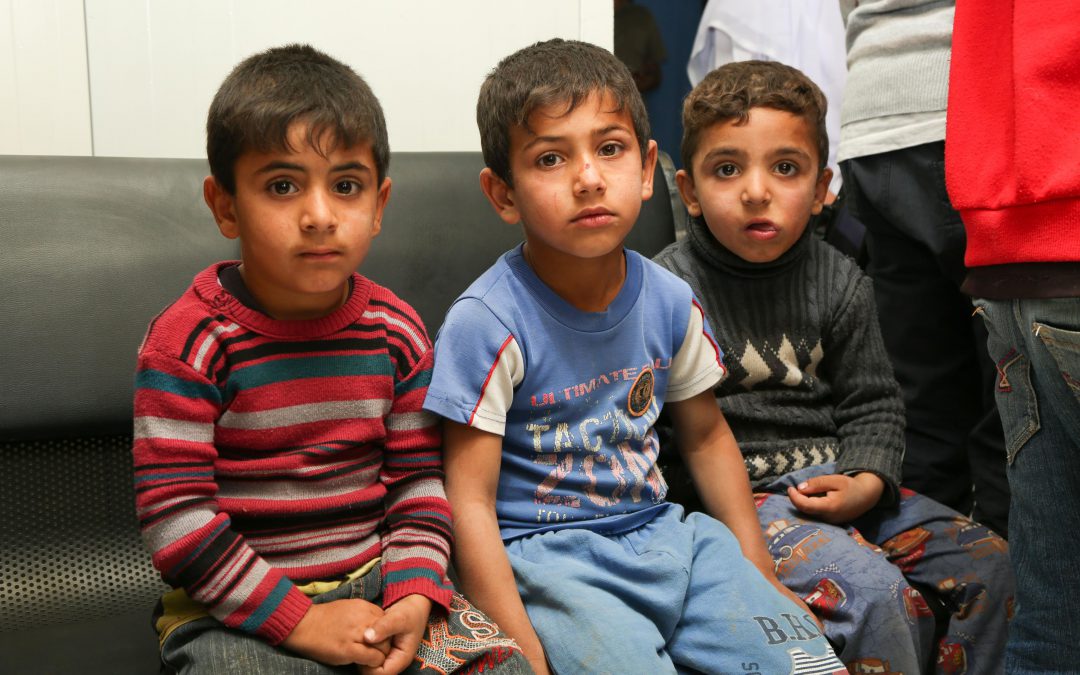 As the battle for Mosul rages, the lives of hundreds and thousands of its residents are at risk. AMAR’s Mosul Response Team are on the ground outside the city, providing aid and assistance to those who have managed to escape the fighting. Your help is urgently needed to help save lives today.

Since the Mosul offensive began in October 2016, civilians have increasingly found themselves caught in the crossfire, leaving them with no choice but to flee. So far, more than 400,000 have escaped the fighting, abandoning their homes and livelihoods with the few possessions they could carry. Half of them are children.

For most, the journey to safety is no easy feat. ISIS snipers regularly target those attempting to escape, and families often have to navigate landmines, bombs and missiles in their search for sanctuary. “We had to flee through bullets and bombs. We never thought we would get out of Mosul alive,” said Nadiya, a Mosul mother of two who managed to reach Shikhan Hospital, one of the frontline hospitals, in December.

Those who escape, however, are the lucky ones. An estimated 400,000 remain trapped in the city’s Old Town, an impenetrable warren of narrow, ancient alleyways.

With movement in and out of the area almost entirely blocked, the besieged residents are faced with acute food, water and medicine shortages whilst enduring daily bombardment as Iraqi and ISIS forces battle to control the area.

“It is basically now a hostage crisis,” explained AMAR’s Regional Director in Iraq, Dr Ali Muthanna. “Daesh [ISIS] have trapped civilians in Mosul’s Old Town, denying them access to crucial necessities. The few who do manage to escape are suffering extreme trauma.  Many have had to leave friends and relatives behind.”

AMAR’s Mosul Response Team has been on the ground since day one. From delivering hospital supplies to critical frontline hospitals and distributing toys and baby supplies, to running mobile health clinics and building and operating primary healthcare centres. AMAR remains committed to supporting those whose lives have been devastated by the conflict.

“We anticipate that even more of the city’s residents will flee Mosul in the coming weeks,” continues Dr Muthanna. “After months living in these siege-like conditions, it is absolutely crucial that they receive immediate medical treatment. We must do everything we can to ensure this is made available to them. I implore the international community to support AMAR’s work.”

AMAR’s Chairman and Founder, Baroness Nicholson, also commented on the situation in West Mosul. “We are witnessing an unfolding humanitarian crisis. With Daesh on its last legs, the fighting is growing deadlier by the day. Civilians, particularly children, are bearing the brunt of this.”

“AMAR’s marvellous teams responding to this crisis will do everything they can to help those who escape this ghastly situation. All of your donations – no matter what size – are making a real difference to families who have lost everything.”