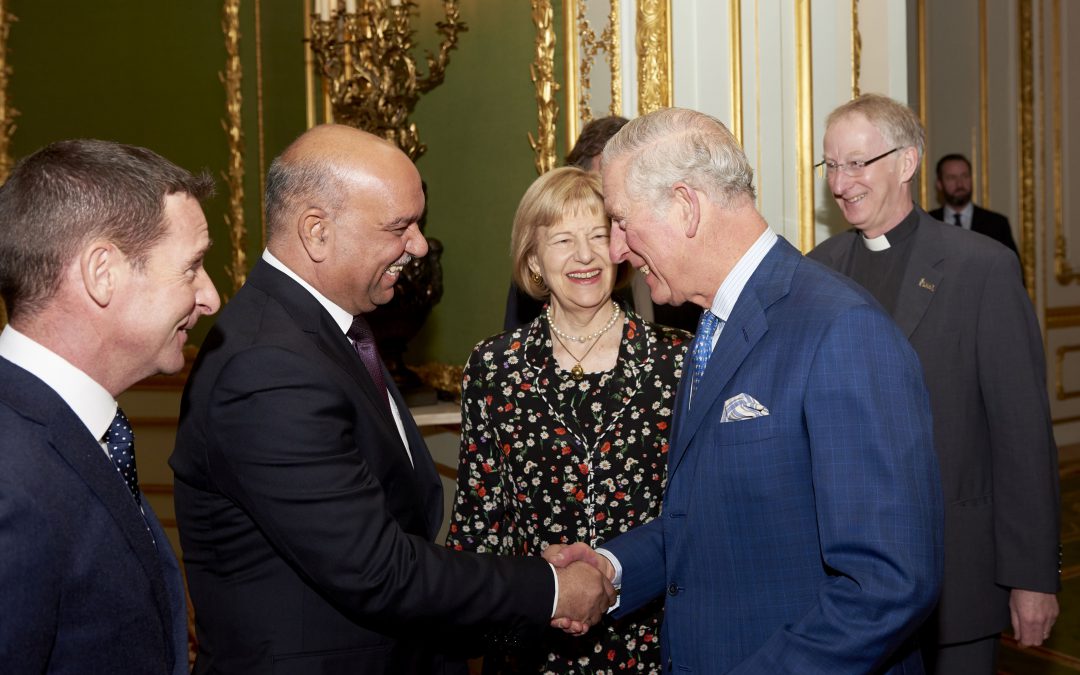 We are delighted to announce that His Royal Highness, The Prince of Wales, has agreed to continue his Patronage of AMAR.

During his time as AMAR Patron Prince Charles has attended a number of AMAR’s milestone events.

Last year he helped to bring our Silver Anniversary to a spectacular close at a special event on December 13th with staff, supporters, donors and trustees at London’s Lancaster House, where he was also part of a panel on AMAR’s campaign for world recognition of the Yazidi faith.

Speaking at that event, HRH told the guests that he was “extremely proud” of his tenure as AMAR’s Patron, and emphasised the value he saw in AMAR’s work.

“I am sure you will all agree that the scale of AMAR’s reach is profoundly impressive but, if I may say so, it is the ethos at the core of AMAR’s work which is the most impressive thing of all – even in the most desperate and heart-breaking situations, where conflict has shattered lives and persecution has wrenched societies apart.”

HRH has also cited AMAR’s “exceptional model”, which seeks to bring about sustainable change, combines both healthcare and education provision, and is cost-effective, as another reason why he is proud to be our Patron.

AMAR’s Chairman, Baroness Nicholson, said: “We are incredibly honoured that His Royal Highness has agreed to extend his Patronage. His support has been invaluable to AMAR’s work, and I am delighted that he will continue to play a leading role into the future.”