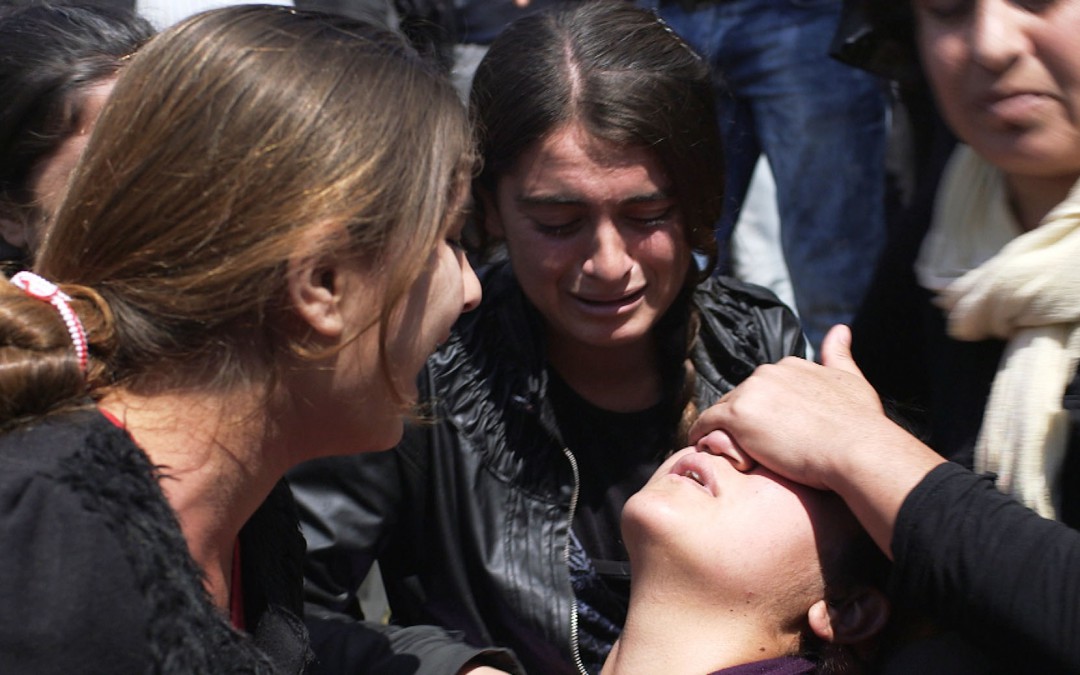 The United Nations’ International Day to End Violence Against Women has drawn the world’s attention to the plight of women and girls in conflict and post conflict zones.

Our teams across the Middle East have reported many times on how gender-based inequalities are exacerbated in these regions and how women are increasingly being targeted purely because of their gender.

Last summer, the world was shocked by scenes in Northern Iraq as ISIS systematically targeted the Yazidi community in an effort – which many now recognise as Genocide – to permanently destroy it. Whilst thousands of men were executed, an estimated 5,000 women and girls were abducted. Sold in markets, forced into marriages and raped and tortured daily, their lives have been devastated by ISIS brutality and depravity.

So harrowing are their ordeals that many have been driven to end their own lives to escape the horrors of their experiences. “One of my friends tried to kill herself,” 21 year-old Bushra told AMAR. “She went to the bathroom and she slit her wrists.”

Remarkably, several hundred have managed to escape ISIS captivity – but they are not receiving the help and support that they so desperately need. An acute lack of psychosocial care facilities within the area is leaving them suffering in silence.

For many, their ordeal is also worsened by the stigma and sense of shame surrounding rape – with women and girls commonly feeling like they have been tarnished by their ordeals. Some are too ashamed to tell their relatives about their experiences – for fear of being shunned.

AMAR is working to address this situation, raising funds so that we can establish psychosocial support centres, train GPs to deliver expert psychological treatment, and work with social workers to visit local communities and help tackle the stigma surrounding mental health.

Please don’t allow the victims of ISIS sexual violence to be forgotten. Their scars may not be visible – but they urgently need your help. Please, donate to AMAR’s ‘Escaping Darkness’ Appeal today.