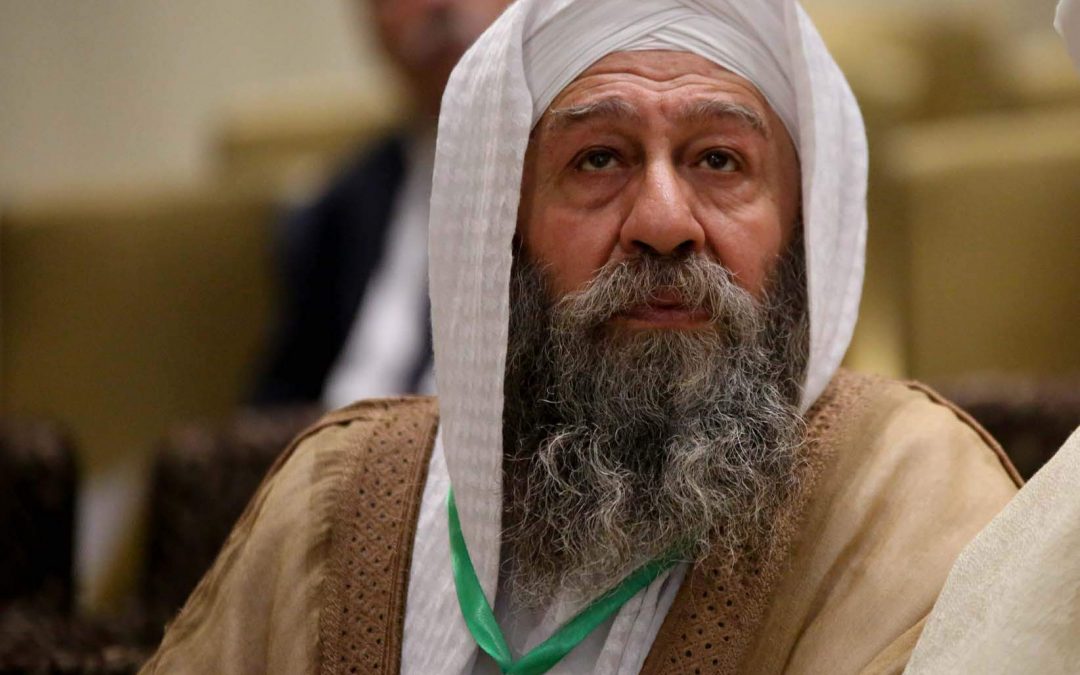 The AMAR-led initiative to bring to an end the horrors of religious persecution, which began with a series of high-level conferences in Windsor Castle, has now led to Baghdad.

The November event, held over two days in the Iraqi capital, attracted more than 200 delegates, including senior religious leaders and politicians. There were representatives from the Shia and Sunni community, Yazidis, Christians, Mandaeans, Chaldeans and Mormons. It was the fourth in the Windsor series. AMAR believes that the recognition of the Yazidi faith by other world religions would prevent further genocidal attacks on this peaceful people once and for all.

In the summer of 2014, thousands of Yazidis were killed, and thousands more women and girls kidnapped, held as sex slaves by ISIS gangs. A further 400,000 were forced from their homes and condemned to a miserable life in the sprawling IDP camps of northern Iraq.

“AMAR is determined to end once and for all the dreadful scourge of religious persecution. We began by inviting many highly influential religious leaders and academics to Windsor Castle to discuss how best to achieve this, and over three separate meetings, we drew up a comprehensive and extensive plan,” explained Baroness Nicholson of Winterbourne, the AMAR Chairman and Founder.

She added: “The next step was to take this right to the heart of the Middle East, to a region that was the cradle of modern civilisation, one with a rich and diverse history, but a region where there has been so much religious and ethnic strife over the last few decades.”

The Baroness said it was vital that the Windsor plan got massive worldwide support. Gaining the backing of faith leaders in Iraq was the first step to getting this.

And support it they did. Speaker after speaker condemned the curse of religious discrimination. Television news crews spoke during breaks to leaders of every faith, and each time were told in no uncertain terms that murdering, raping, kidnapping and torturing in the name of god was an anathema and had no part in their religion. A delegate listens to the speakers.

A leading Muslim academic and researcher, Dr Lahaye Abdul Hussein, said the conference was invaluable because its messages would help reduce tension between faith groups. She said Iraqis were beginning to understand the destructive nature of religious intolerance.

Dr Wathik Al Hashmi, President of an Iraqi strategic studies group, said that if religious leaders always spoke the language of tolerance and anti-extremism they would “completely destroy” terrorism.

Father Maysr Binyami, a member of the Chaldean Catholic Church, said the conference would help educate Iraqis on what needed to be done in order for the country to move forward.

“In order to fight extremism, it is critical that there should be tolerance towards different religions and societies,” he explained.

Reading the final communique to the packed hall, AMAR’s General Director in Iraq, Dr Ali Muthanna, said all were determined to discredit the Takfiri extremist ideology which sanctions violence against others in the name of religion, so that once and for all they could close the door on violence and extremism.

“Religious scholars of all faiths must take the lead in spreading a culture of tolerance and moderation, criticising extremist interpretations and misinterpretations of the religious texts used by the terrorist Takfiris and their followers.”

The delegates called on the new Iraqi leadership to “concentrates all efforts” on deepening the paths of co-existence and co-operation among all Iraqi citizens no matter what faith or ethnic origin.

This could be achieved by “building a society free from racism and sectarianism based on freedom of belief and opinion for all, renouncing all forms of violence and extremism and eliminating all forms of discrimination and hatred.”

The conference concluded that education was also invaluable in helping to spread the culture of tolerance and love and helping enshrine the values ​​of citizenship through the educational curricula.

Dr Ali continued: “We must empower women in our society, not only within their own families, but at work and in education. Women have a vital role to play in preventing violence and we must offer them legal and social protection to ensure they have a more active role in their communities.”

On the second day of the conference, delegates heard from three leading members of the Yazidi administrative council, and from a senior member of the Church of Jesus Christ of Latter Day Saints, Elder Tony Perkins.

Elder Perkins pointed out that there were many similarities between the suffering experienced by members of the fledgling Mormon religion in the early 19th century and the Yazidis’ experiences today.

The Mormons were hounded out of many US States and had to flee further West each time, finally ending up in the desert of Utah where they eventually set up home. Along the way they faced extreme violence, threats and abuse. In the state of Missouri, they were even subjected to an “extermination order”.

Elder Perkins said they had overcome the relentless persecution of those early years and were now an extremely successful community with much influence not just in the United States but around the world.  This was an example that the Yazidis could take heart from and realise that there was a future beyond this recent dark period.

Members of the Yazidi panel took time to explain to the other religious leaders the suffering endured by their people at the hands of ISIS. Thousands murdered, kidnapped, tortured and enslaved.

More than 3,000 women and girls were still missing, the majority believed to be in Syria. Hundreds of thousands of others were still forced to live in IDP camps, uncertain of whether they can ever go home.

The Yazidis suggested that a way to keep their community safe was for the Iraqi government to create a new governorate exclusively for them in the Sinjar region. It would have its own police force, political leaders, courts and community centres.

In her closing remarks, Baroness Nicholson said so much physical violence comes from religious persecution and “violence leads to more violence. Violence does not make peace.”

She said she would be inviting those attending the conference to join the Windsor movement to pursue “the wonderful philosophy” contained in the first day’s final communique.

“I would suggest, for the Yazidis in particular, that we should be trying to assist their move from despair to success, from degradation to respect, from a hatred to a real human love for the other.”

The Baroness said it was all entirely possible. The Church of Jesus Christ the Latter Day Saints had shown that very clearly. “There is a map, a plan, that can be followed.”