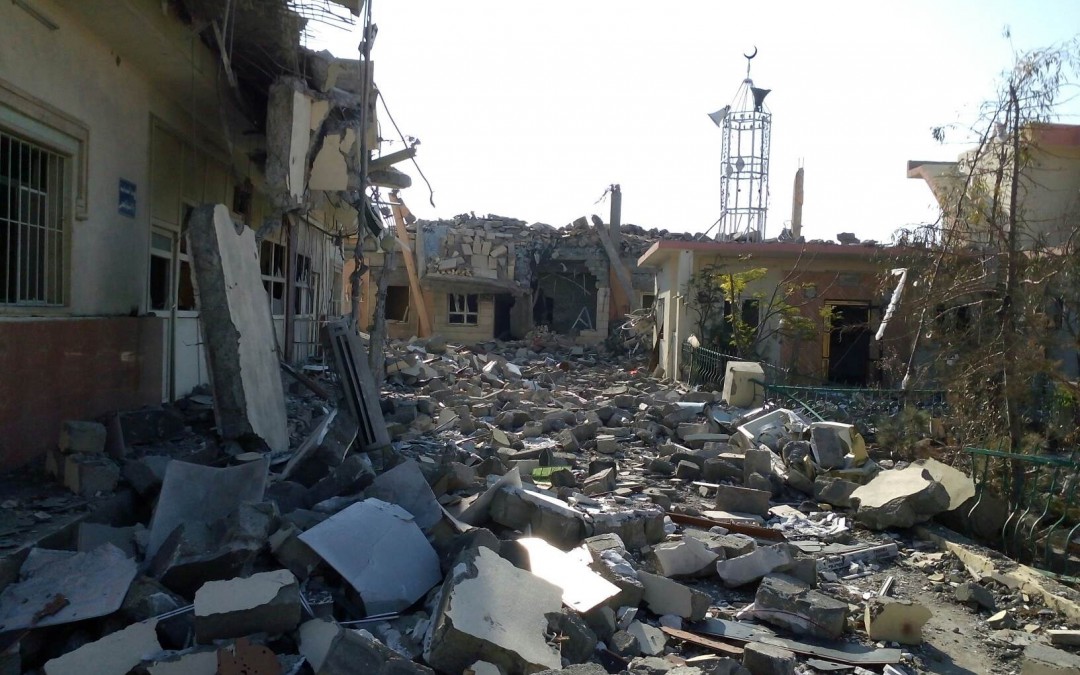 Medical facilities in the newly liberated Iraqi town of Sinjar are virtually non-existent and urgent action is needed to rectify the situation.

This is the view of an AMAR Emergency Assessment Team which visited the town today and was shocked by what they found.

The main hospital is in ruins, other medical centres have been severely damaged, and much of the infrastructure such as water and electricity has been badly disrupted. Daesh/ISIS fighters have also looted vital medical equipment – everything from operating tables and scanning machines to syringes and drugs.

Former residents, mostly Yazidis, have been returning to Sinjar from IDP camps further East in the Kurdistan Region.  However, because of the appalling state of the town after months of fighting, and with authorities fearing there is a huge amount of unexploded ordnance, people are not being allowed inside.

The returnees are desperate to live in the town again, but have no other choice but to wait, sheltering in tents or abandoned buildings on the outskirts where conditions are basic at best. Some have already fallen ill.

Dr Ali Muthanna, AMAR’s Regional Manager in Iraq, said his assessment team had been shocked by what they saw.

“Sinjar is in ruins, but of course people who had to flee Daesh and live in IDP camps hundreds of miles away are now desperate to return to see if there is anything left of their former lives,” explained Dr Ali.

“Their living conditions are very basic, with no decent sanitation and winter is now here, meaning people will start to get sick very quickly.  AMAR will now work on an emergency plan to deliver health support to these people as soon as possible,” he added.

Dr Ali said that AMAR would also deliver humanitarian assistance as a matter of urgency. Blankets and warm clothes were a priority.

A year ago, Daesh overran Sinjar and thousands of Yazidi residents were forced to flee.  Those that didn’t manage to escape in time were killed, raped or enslaved.  The town was recently liberated after weeks of battles between Kurdish Peshmerga and Yazidi forces and the rebel group.