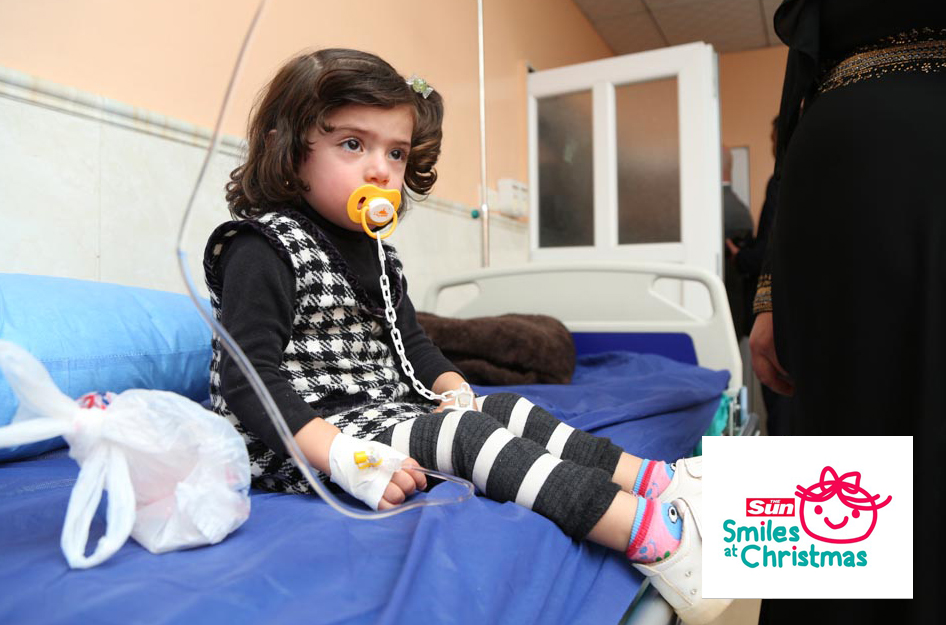 Britain’s biggest selling daily newspaper has included AMAR in its prestigious Christmas Appeal. The Sun’s #SmilesAtChristmas campaign is highlighting our work and that of three other domestic UK charities and all will benefit equally from the money raised.

The newspaper, which has a daily sale of almost two million copies, and is read by millions more on line, is particularly keen to help children affected by crisis, conflict, disease and domestic violence.

AMAR’s Chairman, Baroness Nicholson said the charity was delighted to be part of The Sun’s appeal. “We are so very grateful to The Sun.  It will be a marvellous way for people to show the true spirit of Christmas.” She added: “The invasion by the evil monsters of the Islamic State in Iraq has left more than 3.4 million people as refugees in their own land, and half of them are children. The final battle to recapture Mosul has already forced another 68,000 people from their homes and it’s essential they find shelter, food, and medical care right away. ”

“AMAR teams across the region – all local people themselves – are working around the clock to ensure many hundreds of thousands receive the very best health care, but to do this we need the financial resources that are often so difficult to come by.  We hope The Sun’s readers will really help us,” continued Baroness Nicholson. She added she could personally assure people that the money they donate will go straight to helping those most in need in Iraq. Not a penny would be wasted.