In 1991, the ‘AMAR Appeal’ was launched in response to Saddam Hussein’s brutal persecution of Shi’ite families in Southern Iraq. As Saddam’s regime attacked communities and built canals to drain the marshes and destroy a unique culture and ecosystem, hundreds of thousands were forced to flee for their lives.  Spearheaded by Baroness Nicholson, the AMAR Appeal raised funds to aid refugees in Iran. One year later, and AMAR was officially registered and launched. As families continued to flee, and the numbers of refugees in need of assistance swelled, AMAR expanded its work to include the provision of healthcare, education, food, water and sanitation. Medical professionals and trained teachers, as well as volunteers, were recruited from within the refugee population, helping to boost local capacity and resilience. AMAR’s team of local professionals and volunteers all worked in line with our central ethos:  that all items such as foodstuffs, shelter and medicine should be locally sourced.  Between 1993 and 1994, over 28,000 refugees were provided with food, clothes, water, and emergency supplies such as mosquito nets and cooking gas. 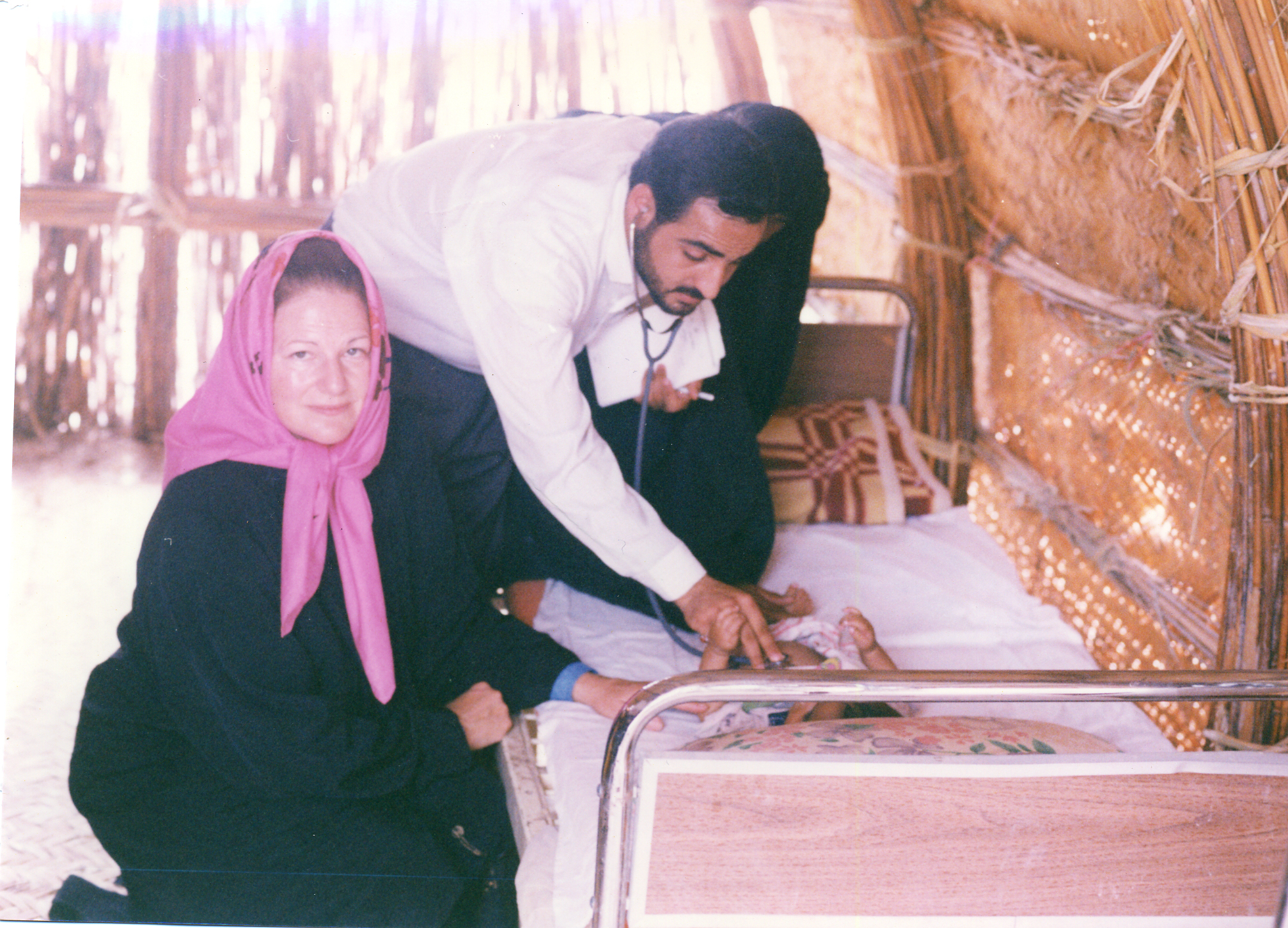 “There is no food. There are men who have been starving for days on end. There are prolonged military assaults on homes and people. There are no doctors or medicines. In the camps that hold 50,000 refugees in the safe haven of Iran… you find parts of families, elderly men, perhaps young children and women, and you hear tales of horror… They have been driven from their homes and are without fresh water, food or shelter.”

Soon, it became clear that there was a need beyond the Iraqi refugee communities in Iran, prompting teams to work assisting Afghan refugees sheltering in the country. Two healthcare clinics and ten mobile health posts were opened, offering assistance to those forced to abandon their homes and livelihoods. An AMAR nurse weighs a young Afghan baby at one of AMAR’s healthcare clinics in Iran, 2004 When American and British forces entered Iraq in March 2003, AMAR teams quickly followed to rebuild and reopen vital social infrastructure such as healthcare centres, schools and community centres. As ever more brutal waves of violence and instability were unleashed, demand for AMAR’s life-saving assistance grew across the country. AMAR immediately responded, opening additional offices and stepping up its delivery of emergency, healthcare and education services with close backing from institutions such as UNESCO and the British Council. While Iraqis found themselves suffering from the effects of man-made violence, the people of Iran suffered a natural disaster. On 26th December, 2003, an earthquake measuring 6.7 on the Richter scale struck Bam, killing more than 40,000 people. Healthcare facilities were destroyed and large numbers of medical professionals lost their lives. AMAR teams were actively involved in the international response to this disaster, distributing food, over 10,000 sets of clothing and shoes, and opening two emergency clinics. Long after the TV crews had departed, AMAR staff continued to provide round the clock healthcare assistance. 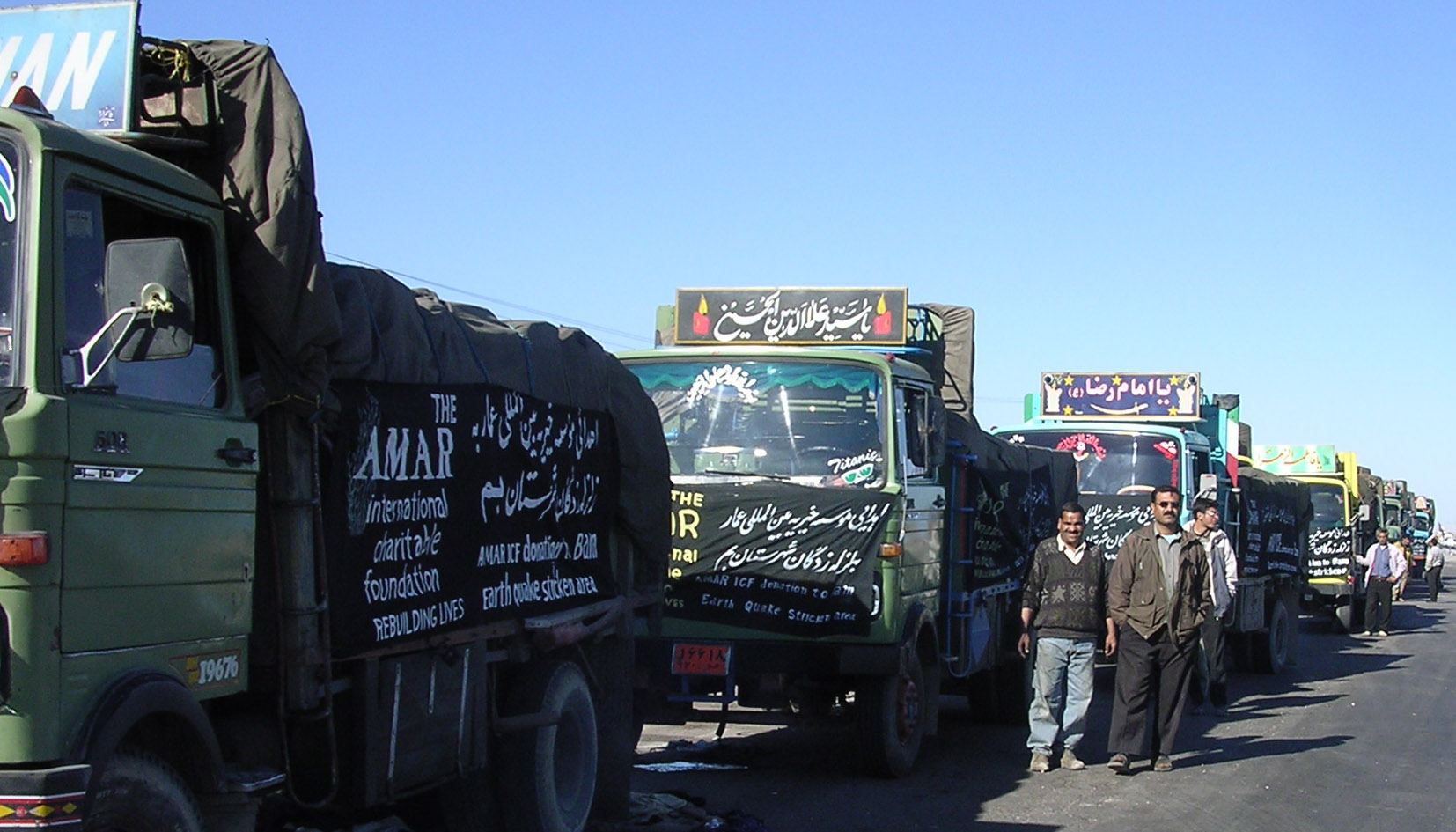 An AMAR convoy makes its way to Bam, December 2003 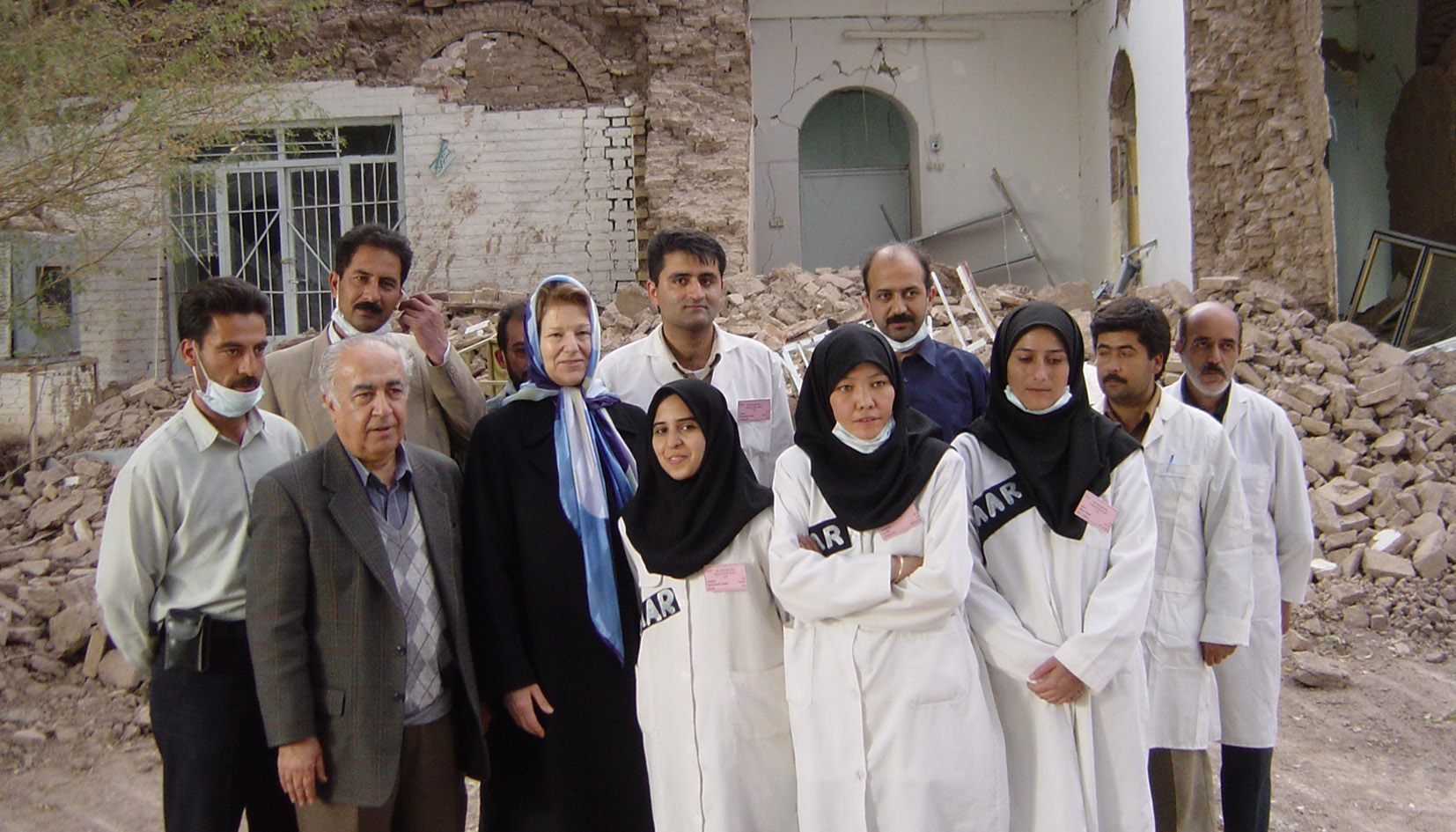 In October 2005, AMAR teams were once again required to respond to a devastating earthquake – this time in Kashmir. At least 73,000 were killed and another 70,000 were injured. Even those who escaped injured faced tragedy: 2.8 million people lost their homes and 2.3 million suffered from severe food shortages. Meanwhile, 90% of the region’s social infrastructure was destroyed. AMAR medical teams quickly responded, working in collaboration with the Abbas Institute for Medical Sciences and setting up an emergency primary healthcare centre. Doctors saw between 100 and 150 patients a day, and delivered a variety of services including pre- and post-natal care for mothers, and psychological support.

In 2010, AMAR became the first organisation in Lebanon to educate children about the H1N1 virus and its prevention. 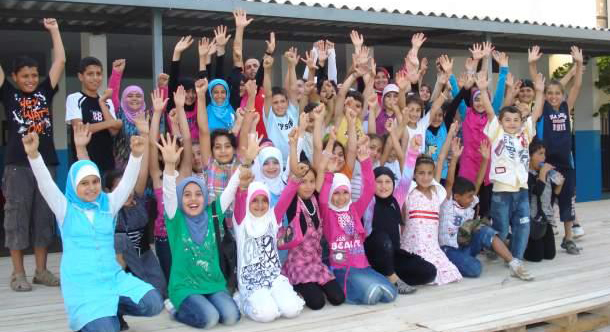 2011: Outbreak of the Syrian conflict

When conflict broke out in Syria in 2011, thousands of Syrians began to flee their homeland for neighbouring countries. In Lebanon, AMAR teams were quick to distribute emergency supplies such as blankets, clothing and food supplies. As well as providing basic necessities, AMAR launched the ‘English is Fun’ education programme: classes for both Syrian and Lebanese children, enabling them to learn whilst building friendships with those from other communities. So popular were these classes that local communities were soon requesting AMAR to expand the programme. 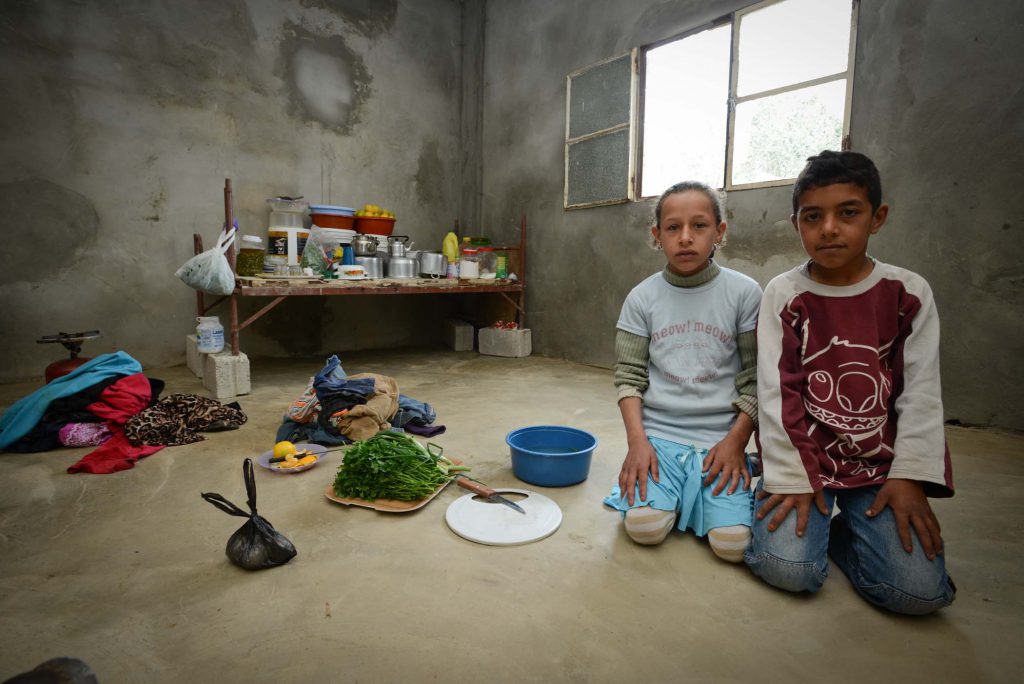 2013: An Unfolding Humanitarian Crisis in Iraq 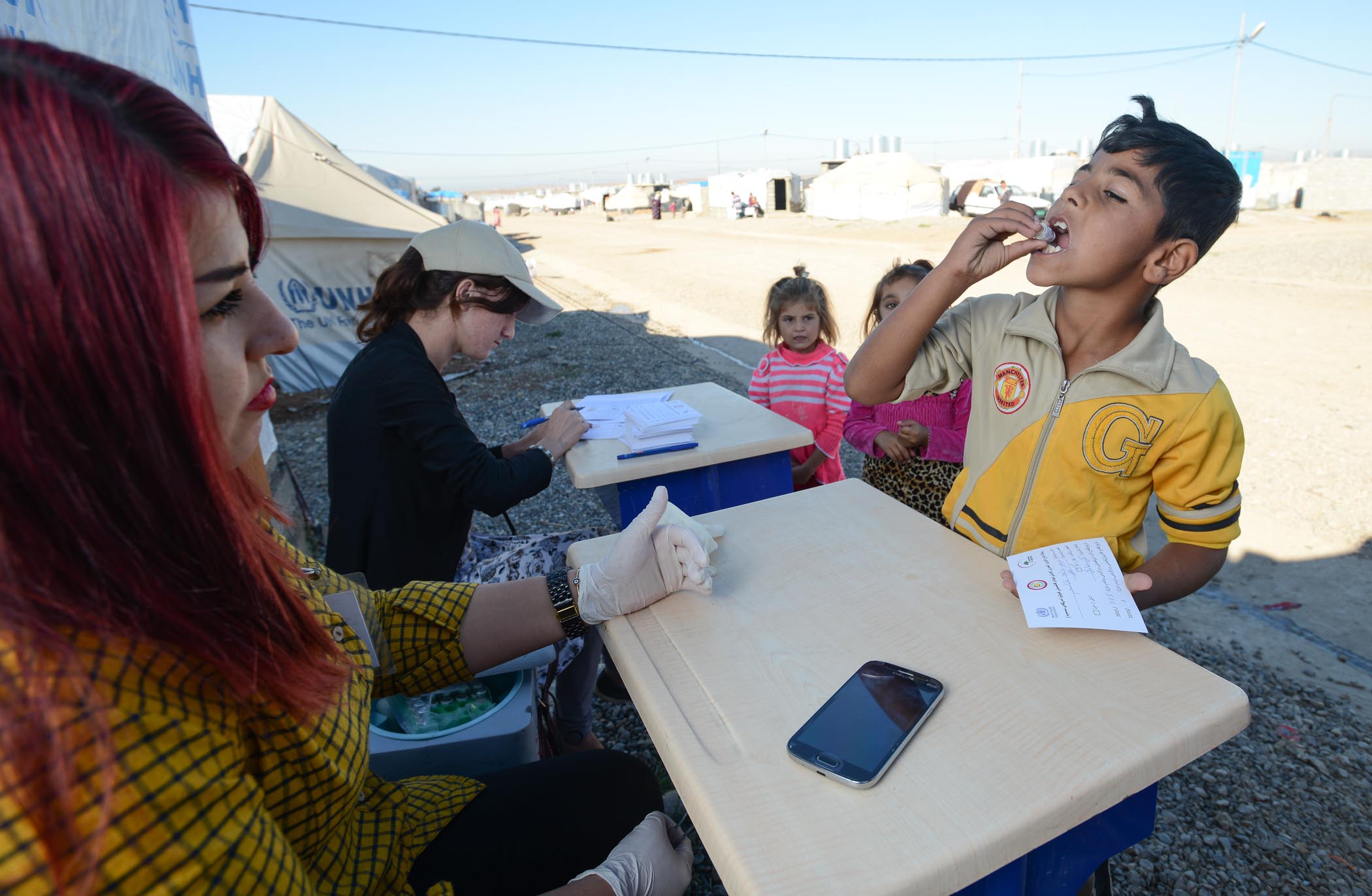 “All too often we see cases of girls suffering from severe depression, crippling anxiety, panic attacks, headaches and nausea. Some self-harm, and many struggle to communicate and concentrate – signs that their subconscious is grappling with memories of brutal violence.”

2017: Investing in a peaceful future

Today, AMAR continues to provide healthcare, education and emergency aid to communities devastated by conflict. But our teams do not stop here. AMAR is committed to helping vulnerable individuals to reclaim their lives once fighting is over, and our teams are dedicated to remaining with affected communities every step of the way. 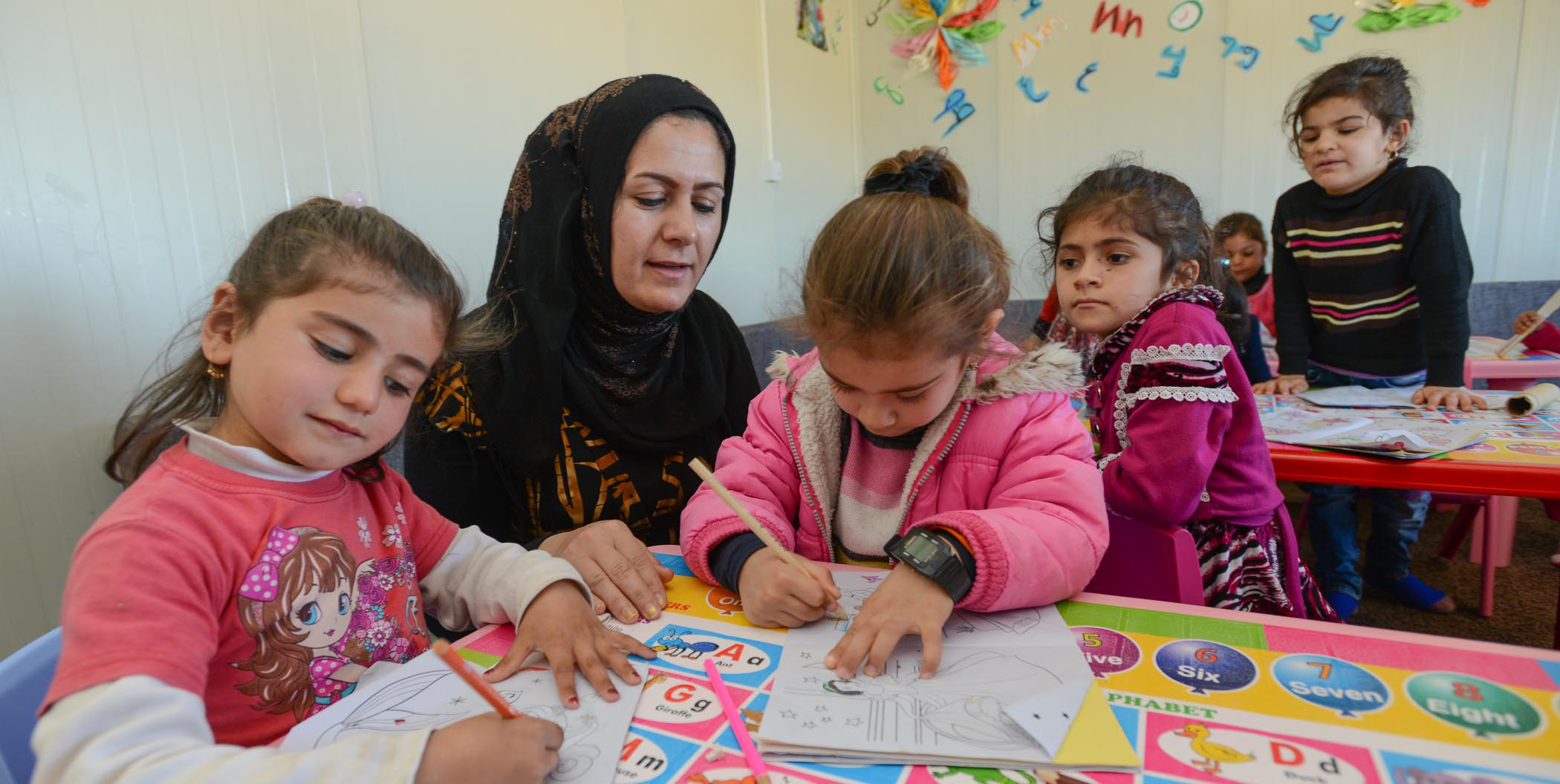